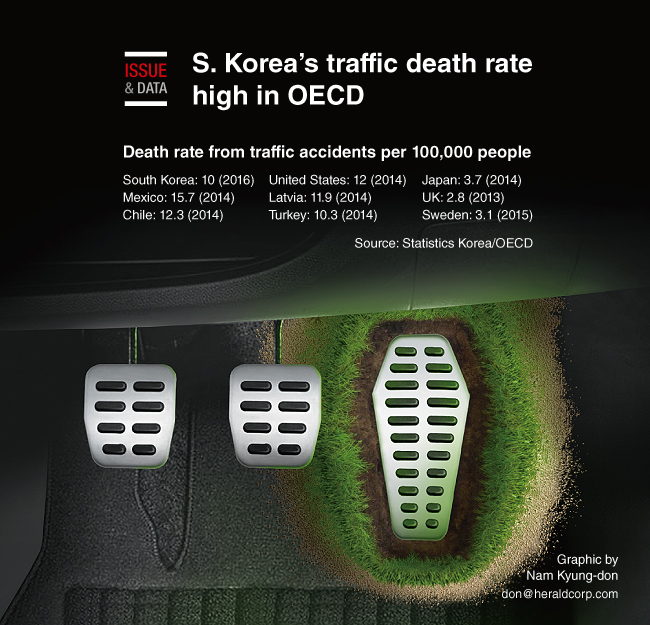 The number of traffic-related deaths in South Korea has been on a steady decline, but still remains in the top level among member countries of the Organization for Economic Cooperation and Development, according to data compiled by Statistics Korea.

Based on the OECD’s criteria, the country’s death rate from traffic accidents reached 10 per 100,000 inhabitants in 2016, which is relatively high.