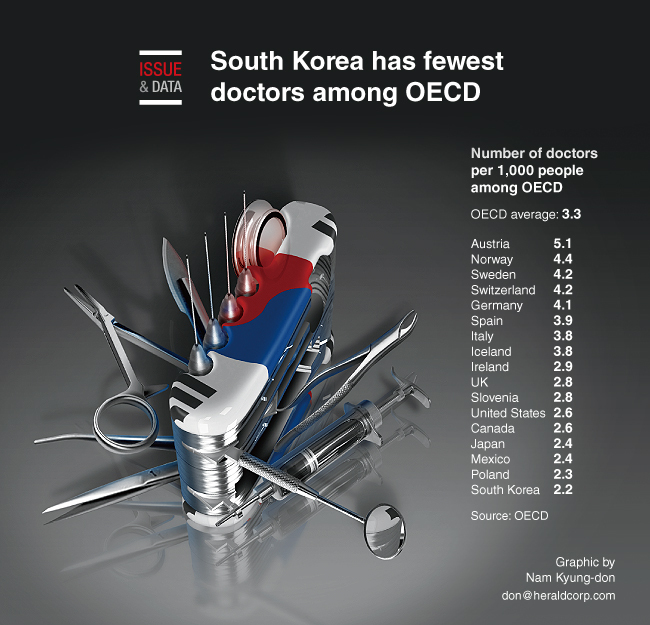 According to the OECD data released by the Ministry of Health and Welfare, South Korea had 2.2 doctors per 1,000 people in 2015, the lowest number among member states of the Organization for Economic Cooperation and Development.

South Korea scored the lowest in physicians per 1,000 people, with the average being 3.3. The data included licensed physicians practicing Oriental medicine.

Austria ranked top with 5.1 doctors per 1,000 people, followed by Norway with 4.4, Sweden and Switzerland with 4.2 and Germany with 4.1, the latest findings showed.