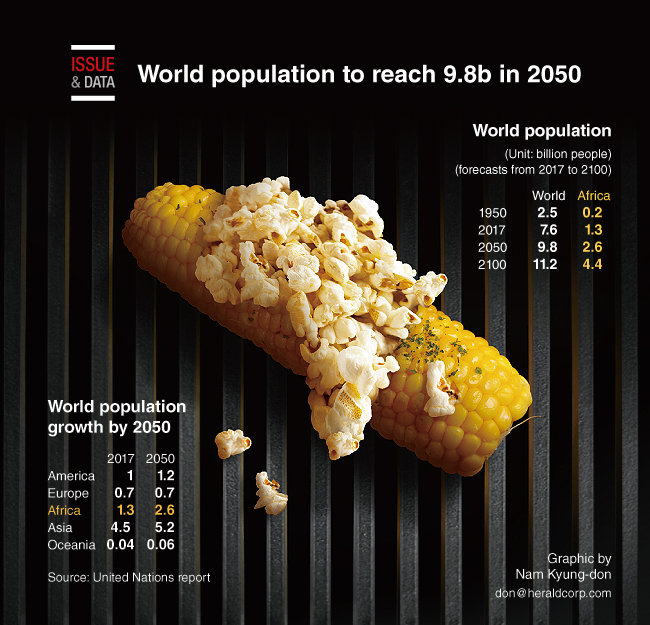 Roughly 83 million people are expected to be added to the world's population every year, even though fertility levels are assumed to continue declining.

Among the 10 largest countries worldwide, Nigeria is growing the most rapidly. The population of Nigeria -- currently the world’s seventh largest -- is projected to surpass that of the United States and to become the third-largest country in the world shortly before 2050.