K-Bank, which was launched in April with paid-in capital of 250 billion won ($219.7 million), has attracted about 440,000 customers and made loans worth 635.4 billion won as of Aug. 14, according to the Financial Supervisory Service.

People in their 30s and 40s accounted for 80.4 percent of customers who took out loans from K-Bank, the FSS data showed.

In particular, people who have difficulty in taking out loans because of a lack of credit history, such as university students and housewives, accounted for 3.9 percent of the customers who obtained loans from K-Bank. 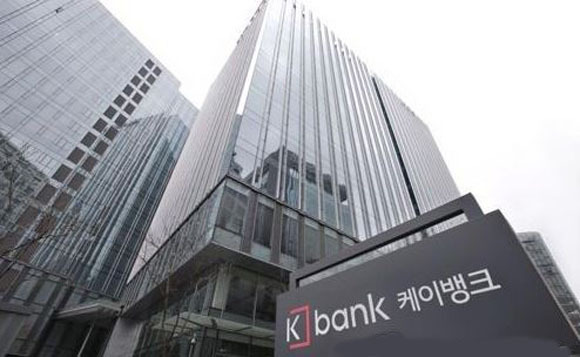 Industry watchers said K-Bank could maintain its loan delinquency ratio at a record low of 0.007 percent because of its credit assessment tool.

K-Bank is assessing and predicting the credit risks of customers based on the delinquency ratio of their phone bills, which were compiled by KT Corp., the bank's major shareholder.

Low rate loans, with an interest rate of 4 to 10 percent per annum, accounted for 20.9 percent of K-Bank's total loans, according to the FSS data.