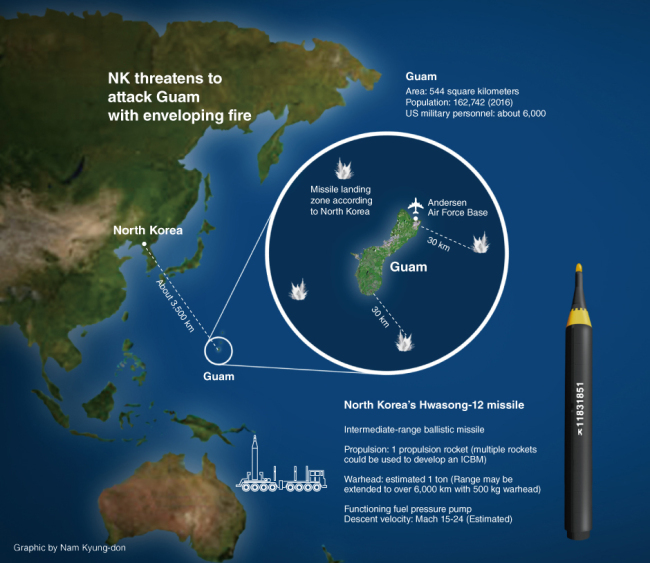 North Korea's threat against Guam, a key US military outpost, is based on the Hwasong-12, a new intermediate range missile the country successfully flight-tested for the first time in May.

The liquid-fuel missile is designed to be fired from road mobile launchers and has been previously described by North Korea as built for attacking Alaska and Hawaii. The North followed the May launch with two flight tests of its Hwasong-14 ICBM last month. Analysts said that a wide swath of the continental United States, including Los Angeles and Chicago, could be within reach of those missiles, once perfected.

The flight data from the May launch suggested Hwasong-12’s range was between 4,000 and 7,000 kilometers, putting the US-administered Pacific island well under its attack range.