Coughing up a Kafkaesque furball

Coleridge Cook takes a well-written stab at Franz Kafka’s depressing novella “The Metamorphosis” and turns it into ... well, a slightly less gloomy tale. Where Kafka turned his lead character, Gregor Samsa, into a beetle, Cook transforms him into an adorable fluffy kitten.

Kafka was an early twentieth century Czech writer whose stories and novels explored the helplessness of the individual in the face of dehumanizing bureaucracies, and other topics. 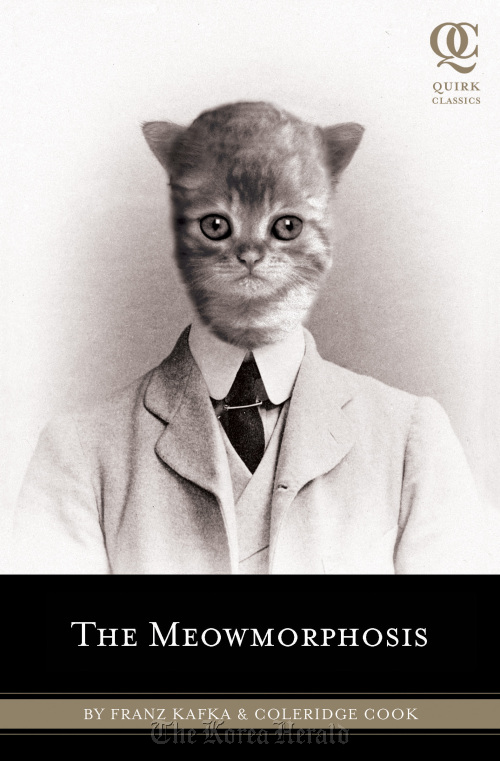 In “The Metamorphosis” Samsa is a traveling salesman who awakens one morning to discover that he’s become an insect. How Samsa’s transformation affects his life and his family is the core of the novella: No longer the family breadwinner, Samsa is now dependent on the relatives who depended on him ― and who now discover their own independence of him.

In “The Meowmorphosis,” Samsa becomes a plump kitten. His family’s reaction to his change is quite different. In the original, Samsa tries to avoid upsetting his sister ― his primary caregiver ― by hiding under sheets and his bed. In Cook’s version, the sister cuddles Samsa, brushes out his fur and gives him an attractive red collar which he loathes.

The original Samsa never leaves the family apartment. In “The Meowmorphosis,” the kitten escapes out a window to explore the pleasures and dangers of an alley cat in Prague. Samsa is taken prisoner by the court of cats, tried and convicted of some unknown law-breaking action, then set free.

Here, Cook raids other Kafka classics ― “The Trial” and “The Dream” for material with a feline twist:

“As a warning that your smallest prancing step, the way you lift your adorable paws and wriggle your sweet little pink nose when you are afraid, reveals to me your entire life story, everything you could ever wish to keep secret and you can not help revealing these things to me, so truly you are entirely helpless in my power, and during your trial you will not be allowed to lie in any fashion, nor will you be able to, for I will see through it,” says Josef K, the leader of the cats to the confused Samsa.

While Cook does an admirable job of integrating the felines into the story, not even having a kitten as protagonist can give the book a happy ending. When Samsa the kitten decides to return to his family, though debating the wisdom of his actions, the story descends back into the gloom of “The Metamorphosis.”