An Appointment with My Brother
By Yi Mun-yol
(Jimoondang, 5,000 won) 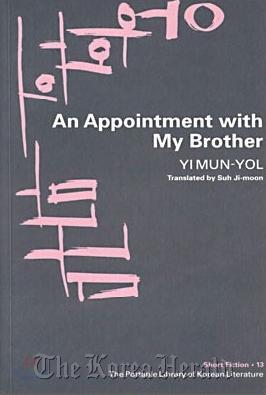 Based on author Yi Mun-yol’s personal family history and literary imagination, “An Appointment with My Brother” tells a moving tale of a Korean family separated by the two Koreas’ ideological differences.

The narrator, whose father voluntarily defected to North Korea a few years after the Korean War, is a university professor who teaches history. His father, just like Yi’s real parent, had left him and his siblings for his communist political values. Throughout his life, the narrator missed his father while holding a grudge against him at the same time, suffering from an utter sense of abandonment.

Using his connections and money, the narrator finally tries to arrange a meeting with his father in Yenji, an autonomous district in China. Yet he soon finds out that his father is no longer alive, and meets his half-brother instead.

Through the meeting with his brother, the narrator learns that his father re-married in North Korea and had five children from his second marriage. Yet because it became known that the father had a separate family in South Korea prior to his defection, the family in the North had to endure prejudice and discrimination. Realizing life wasn’t any less hard for his half-siblings in the North, the narrator starts to rediscover his past and who his father really was.

“An Appointment with My Brother” delicately delves into complex ties between members of Korea’s separated families, including their ideological and cultural differences in spite of their shared blood.

Born in Yeongyang County in North Gyeongsang Province in 1948, Yi studied Korean language education at the Seoul National University. He won numerous awards for his literary works, including the Ho-Am Prize in the Arts and Yi Sang Literary Award. One of his famous works, “Our Twisted Hero” (1987), was made into a movie in 1992 and translated into foreign languages.