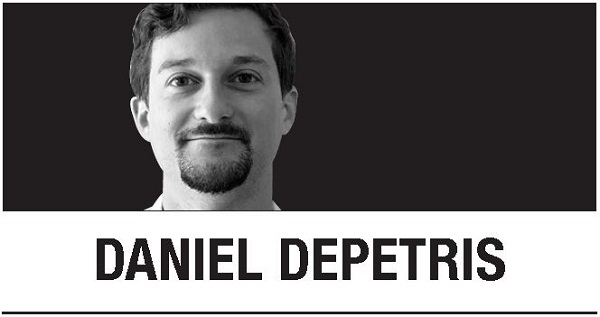 Ukraine’s capture of Kherson two weeks ago, coming after months of grueling combat, was perhaps the most humiliating setback for Russian forces since the war began nine months ago. The successful Ukrainian counteroffensive occurred five weeks after Putin declared Kherson, as well as Donetsk, Luhansk and Zaporizhzhia, a part of Russian territory. The Kremlin’s propaganda network has gone to work explaining to the Russian population that the pullback was a difficult but absolutely necessary decision.

For the Ukrainians, the liberation of the administrative district brings a new set of questions. What’s the next move militarily? How far should the Ukrainian army push before winter sets in? Should Kyiv contemplate negotiations with Moscow -- and if so, when should those negotiations occur?

There are no easy answers. While military experts and the US intelligence community predict the front lines will stabilize as the weather gets more unbearable, previous predictions in hindsight have turned out to be flat-out wrong. Before the war, not many people believed the Ukrainian army had the capacity to resist the Russian offensive for very long, let alone stop and reverse the Russian army’s progress. Not many expected Russian military commanders to be so incompetent or Russian troops to be so unmotivated.

Any prognostications about what could happen in the ensuing weeks and months should therefore be taken with a grain of salt. The simple fact of the matter is this war has made a mockery of even the most astute military observer. War is inherently nasty and unpredictable, and the Ukrainian war is the nastiest, most dizzying of the century so far.

Unfortunately, policymakers don’t have the luxury of just watching and reacting to events on the fly. Burying your head in the sand isn’t prudent either. Effective policymaking often depends on a combination of effective planning for various contingencies, an accurate assessment of the costs and benefits of available policy choices, and a clear idea of what one aims to achieve.

In Kyiv, the goal is about as basic as basic gets: Win the war and retain Ukraine’s sovereignty and territorial integrity. In Moscow, the goal in the short term is to halt any additional Ukrainian advances on the ground and buy time to turn the faltering war effort around.

The goals in Washington, however, aren’t as cut and dried as those in the Ukrainian and Russian capitals. In fact, one could make a persuasive argument that those goals conflict. The Biden administration is attempting to achieve two at the same time: First, assist Ukraine, to the tune of nearly $19 billion, in its campaign to defeat Putin’s war of choice; and second, keep the war from straying outside Ukraine’s borders and prevent the escalation cycle from spiraling into a direct and unbelievably dangerous confrontation between the US and NATO on the one hand and Russia on the other.

The dilemma is that the more ground the Ukrainians capture militarily, the more likely Putin will decide to take even greater risks to avert the type of humiliating public loss liable to place his political control in jeopardy. Greater risks translate into more costly mistakes, some of which may not be easy to turn back.

In fact, escalation in war is not theoretical. Putin, thickheaded but committed, has already escalated to save some face with hard-liners back home who have spent months calling on the Russian government to enact a full-scale mobilization. Russian missiles are now raining down on Ukraine’s public infrastructure and power services on a near-daily basis. The Russian onslaught picked up steam right after the crucial 20-kilometer bridge linking Crimea to the Russian mainland was damaged by a bomb attack. Putin’s response to Ukraine dialing up the temperature is to dial it up even more.

US officials at the very least need to keep this in mind as they continue to implement their Ukraine policy. Some are doing it better than others. On Nov. 16, US Defense Secretary Lloyd Austin stated that the US will remain a steadfast military backer of Ukraine “for as long as it takes to keep them free, sovereign, independent with their territory intact.” Yet during that same news conference, Gen. Mark Milley, chairman of the Joint Chiefs, made the comment that the current military realities may reach the point in which a negotiation between the combatants is possible and desirable.

But as unlikely as an end-of-war settlement may look now, it would be the height of irresponsibility to treat this option as an act of defeatism. Exhaustion tends to focus minds. According to the Pentagon’s own estimates, Russia and Ukraine have each suffered more than 100,000 casualties in the fighting. This figure doesn’t even account for the tens of thousands of civilians who have been killed and the more than 7 million Ukrainians who have been forced out of their homes. The war has contributed to high energy and food prices around the world, touching countries and the most vulnerable who have nothing to do with the conflict.

Many wars end with clear winners and losers. Others end when the combatants are in such desperate positions that compromising is seen as a better alternative than continued fighting. Don’t count out either scenario.

Daniel DePetris is a fellow at Defense Priorities and a foreign affairs columnist for the Chicago Tribune. -- Ed.