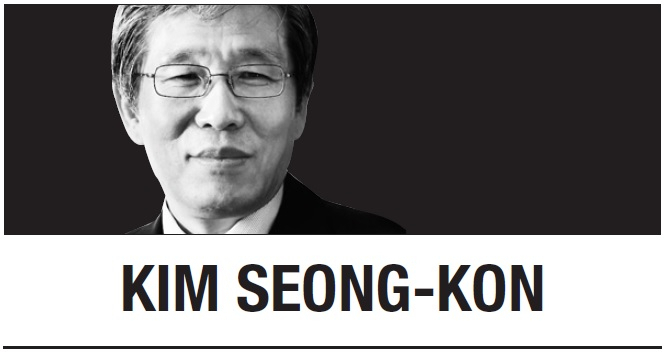 The 2022 US midterm elections are just around the corner. The outcome of the election on November 8 is crucial for both the Democratic Party and the Republican Party because it will heavily influence the next presidential election in 2024. Therefore, election campaigns are rampant these days. On their front yard lawn, homeowners set up pickets bearing the names of senators and representatives they support. YouTube subscribers, too, encounter election campaign ads before they can watch the main show.

You can also see a negative campaign YouTube video that begins with “When our rights on abortion were taken away, what did Senator B tell American women? He said, ‘Get over it.’ So, this November we must fight for our rights.” Another example of a negative campaign is like this: “Senator C said that an abortion ban should be expanded to all 50 states in the US. He is too extreme for us.”

Other negative campaigns include “Senator D signed up for a huge tax increase for home heating oil. This winter will be freezing cold. Tell her to give us a break.” Another example is “DC liberals like Senator E are now spending an astronomical amount of money recklessly for not-so-compelling projects, such as golf courses or ski resorts. We should ask her to stop it.”

Thanks to such a policy, American elections are generally able to maintain some degree of decency and dignity. On the contrary, Korean elections are often marred by negative campaigns that scandalize the rival candidate’s private life or personal flaws. Oftentimes, therefore, our elections become a dirty war humiliating and disgracing political opponents.

Even the National Assembly hearings for the candidates for cabinet members always focus on his or her personal scandals. Our lawmakers do not seem to be interested in a candidate’s ability and competence. They also dig into scandals concerning the candidate’s spouse, children, relatives and even in-laws, thereby disgracing his or her entire family. It is no wonder that many able and decent people are reluctant to become a cabinet member.

Some time ago, I witnessed an awkward scene. A mother and her young daughter were waiting for the elevator inside a building. Finding that the mother was exceptionally good-looking, but her little daughter was not, a woman impudently asked, “Is she your daughter?” I also saw a grandmother tell her granddaughter, “When you grow up, you need a face lift in order to look pretty.” Such thoughtless remarks would surely hurt the little girl’s feelings so severely that she would never forget the affront.

Recently, through Instagram, I came to know an embarrassing incident happened in Seoul. In the basement parking lot of an apartment building, a Korean resident looked at two little girls from an interracial marriage and said, “This one is pretty like a doll, but that one is not.” The foreigner father was aghast and hurriedly signaled him to stop, but alas, it was too late. The little girls heard him already. The Korean passerby would never know, but he committed an unpardonable sin that day.

Recently, a female newspaper columnist whose hairstyle resembled a man’s wrote that when she grabbed a taxi, cab drivers became curious and asked, “Are you a man or a woman?” Why the taxi driver interferes with other people’s privacy eludes me. Why would he not mind his own business? Embarrassingly, however, in Korea you can encounter quite a few people who acting similarly to the taxi driver.

In many advanced countries, it is insolent to talk about people’s physical appearances such as people’s height, weight, or facial features. It is also considered bad manners to ask about personal matters such as the other party’s age, marital status or salary. If you talk and act carelessly when you are overseas, you will disgrace not only yourself, but your country as well.

Originally, such a tendency has derived from our community spirit, which emphasizes caring about others. Gradually, however, it has degenerated into nosiness and meddling with other people’s business. Nevertheless, we should not talk about other people’s physical appearances or personal matters. That is the global etiquette and decorum these days.

Kim Seong-kon is a professor emeritus of English at Seoul National University and a visiting scholar at Dartmouth College. The views expressed here are his own. -- Ed.