[Jeffrey Frankel] Why do Americans vote for extremists? 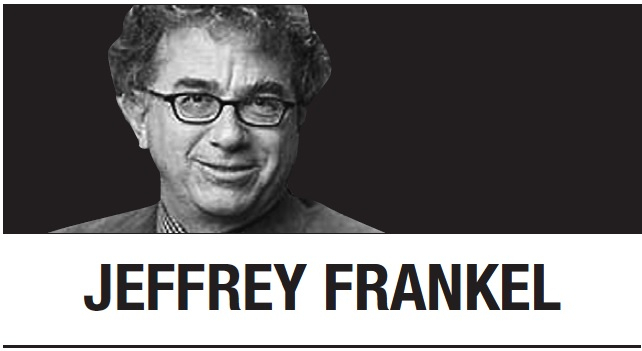 American voters seem poised to hand the Republican Party control of the House of Representatives, and possibly the Senate as well, in November’s midterm elections. The same goes for many state races, where polls show Republicans gaining ground.

Such an outcome could have profound consequences for American democracy, especially if it results in even greater degradation of the US electoral system. Given the large number of 2020 election deniers running for offices in 2022 and the enormous power over how votes are cast and counted that victory would give them, this prospect is increasingly worrisome.

The Republicans’ likely midterm victory is baffling. The party is now dominated by an extremist faction whose prominent members claim (or have claimed) not only that former President Donald Trump won the 2020 presidential election, but also that climate change is a hoax, COVID-19 is a conspiracy and former President Barack Obama was not born in the United States. While many Republicans do not say such things (and many who do probably do not believe what they are saying), the Trumpian extremists are in charge.

To be sure, many elected Democrats, including some on the party’s far left, also make contentious statements. But they are far fewer and less prone to factual falsehoods. In any case, this election’s outcome -- like most -- will likely be determined by those who are neither die-hard Trump loyalists nor left-wing progressives. So, the question becomes, why would swing voters consider casting their ballots for the current version of the Republican Party?

The answer, of course, is that voters consider economic issues their top priority. They are far more concerned about surging prices than they are interested in conspiracy theories about past or future elections. Moreover, some voters seem to believe that Republican presidents have a better economic track record, and cite current high inflation and fears of recession as evidence that Democrats are mishandling the economy.

The actual historic economic record, however, is strikingly different from what people think. And, while the Biden administration has made some major policy mistakes, the US economy is currently strong. It is remarkable that so many Americans believe that the economy is in awful shape when the unemployment rate is at 3.5 percent. The last time unemployment was lower than that, in May 1969, the Beatles were still together. Similarly, there have been almost two job vacancies per unemployed worker over the past year, signaling the tightest labor market since records began in August 2007. Typically, this ratio would be lower than one.

Even though the probability of a recession in 2023 or 2024 is much higher than usual, owing to the Federal Reserve’s rapid interest rate hikes, it is unlikely that the US is already in one. Nor is it certain that a recession is imminent. Europe, on the other hand, is more likely to experience a severe slump, given that European economies are more vulnerable to energy prices than the US is.

Nonetheless, voters are understandably angry about inflation. In September, the Consumer Price Index increased by 8.2 percent year on year. Core inflation, which excludes volatile food and energy prices, was lower, at 6.6 percent. But this is of little comfort to Americans suffering sticker shock every time they go to the supermarket. The price of milk, for example, has increased by 30 percent since February 2020, to $4.41 per gallon (3.8 liters). It is no wonder, then, that many voters fear a rerun of the Great Inflation of the 1970s and 1980s.

As prices rise in dollar terms, so should incomes. It may be surprising to learn that, in the aggregate, US nominal income has kept up with prices. But wages are not rising as fast. Workers’ real weekly earnings have declined over the past year, and the share of US income going to the top earners has been growing, as it has for more than 40 years. But rising US inequality is not a new phenomenon, and economic disparities have worsened dramatically under Republican presidents, owing in part to tax cuts for the wealthy under Presidents Ronald Reagan, George W. Bush, and Trump.

If voters were concerned about growing inequality, it would make more sense for them to support Democratic policies. Over the past few years, Democrats have extended Obamacare, thus increasing the number of Americans who have health insurance, and reduced drug prices through the Inflation Reduction Act. In addition, they have tried (and so far failed) to close the carried-interest loophole, raise taxes on the rich and establish quality universal preschool.

Such policies will run into a brick wall if the party of Trump prevails in November. And yet, despite their hostility to most voters’ economic interests -- and to democracy itself -- the Republicans are still favored to win. That is inexplicable -- and alarming.

Jeffrey Frankel, a professor of capital formation and growth at Harvard University, previously served as a member of President Bill Clinton’s Council of Economic Advisers. He is a research associate at the US National Bureau of Economic Research. -- Ed.