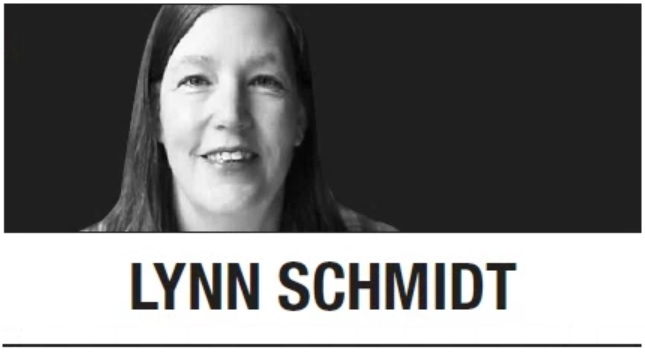 What if the way to break through our polarized politics was to reward those willing to cross the partisan divide for the greater good?

America is mired in a dysfunctional stew of hyper-partisanship. Too many view members of the opposing political party as enemies and not fellow Americans. Not to mention this environment can make it difficult to govern. A multitude of books have been written about how we ended up this way. Some of those books have even offered suggestions on how we can move beyond this hyper-partisan doom loop.

In her book “Uncivil Agreement: How Politics Became Our Identity,” Lilliana Mason writes that it was not that long ago that the two parties were demographically and ideologically hard to tell apart. It feels as if those days are long gone. Americans’ social identities have grown increasingly linked with their political party as has their dislike for the opposition. A 2016 Pew Research survey found that for the first time in more than 20 years, majorities of Democrats and Republicans held very unfavorable views of their partisan opponents.

This type of hyper-partisanship is rewarded in primary elections, when ideologically pure primary voters tend to dominate. Compromise, which is a requirement for effective governing, becomes a victim to a polarized electorate. Many elected officials who have worked across the aisle are punished for it. Maybe, just maybe, the incentives can change during general elections to benefit a wider range of voters.

There are several examples of patriots who are willing to cross partisan lines for the good of their citizens, constituents, and the country.

Alaska’s Republican Sen. Lisa Murkowski says she plans on ranking (Alaska uses ranked-choice voting) Democratic Rep. Mary Peltola first in the US House race. Murkowski, seeking reelection, will also be on the ballot. Murkowski told reporters that she has been a Republican since registering to vote at age 18, and that she still believes in party tenets of limited government and strong national defense -- but feels no obligation to stick to partisan orthodoxy.

“I know that bothers some people who want me to be that rigid, partisan person, and I’m just not. I’m not, haven’t been, and I won’t be,” Murkowski said. “I do not toe the party line just because party leaders have asked or because it may be expected. My first obligation is to the people of the state of Alaska.”

In solidly Republican Utah, the Republican and senior senator, Mike Lee is facing a worthy challenger in his fight for reelection. Former Republican Evan McMullin is running as an independent to unseat Lee. Utah Democrats, aiming not to split the anti-Lee vote, strategically decided to back McMullin rather than nominate a Democrat. Texts have been released showing Lee telling then-White House Chief of Staff Mark Meadows that he was deeply engaged in an attempt just before the Jan. 6, 2021, insurrection to somehow find a way to declare Donald Trump the winner of 2020 presidential election winner.

The Pennsylvania governor’s race pits Democrat Josh Shapiro against Republican Doug Mastriano. Nearly 20 prominent Pennsylvania Republicans have come out publicly and endorsed Shapiro. Included in that list is Michael Chertoff, the Homeland Security secretary under President George W. Bush. Chertoff has said, “I dedicated my career in public service to upholding the rule of law and defending the Constitution. Right now, we all have a responsibility to support candidates of whichever party who will stand up and defend our democracy.”

Closer to home, St. Louis County voters will have the opportunity for some of the same. Katherine Pinner won the GOP primary in August for St. Louis County executive but dropped out of the race in early September. After a special meeting, the county Republican Central Committee convinced Democrat Mark Mantovani to switch parties and run as the GOP candidate against the incumbent Democrat Sam Page. The local Republicans deserve credit for their selection of Mantovani since he is really not a typical Republican. The committee had enough forethought to offer St. Louis County voters a palatable option, a candidate who is committed to solving the problems facing the county.

All of these heroes have chosen country, state or county over party. In an “us versus them” climate, these examples show the US how to be just us. They deserve our praise and maybe even our vote.

Lynn Schmidt is a columnist and Editorial Board member of the St. Louis Post-Dispatch. -- Ed.