[Jason M. Blazakis] Should the US declare Russia a sponsor of terrorism? 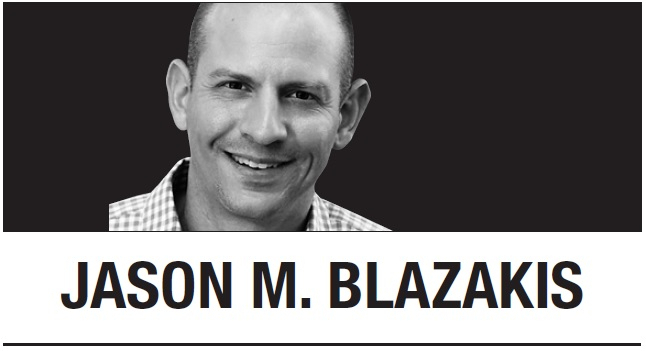 “No.” That was President Joe Biden’s response earlier this month when a reporter asked whether the Russian Federation should be added to the Department of State’s “sponsors of terrorism” list. Biden’s terse reply was disappointing, particularly when there is bipartisan support in Congress for adding Russia to the rolls of repressive regimes that have previously been declared terrorist states.

The executive branch despises being pressured on terrorist sanction issues. I know because for more than 10 years -- as head of the department office responsible for deciding who should be added to the list -- I directly observed how dismissive we were when the legislative branch tried to compel us to designate as terrorist groups the Islamic extremist organization Boko Haram and the Haqqani network, a powerful offshoot of the Taliban.

A similar adversarial bureaucratic knife fight is playing out today with Russia -- and Biden’s one-word rejection will not help the executive branch preserve its highly prized flexibility. The administration fears that adding Russia to the state-sponsored terrorism list will limit options on how to resolve the Ukrainian conflict and other highly contentious bilateral issues.

Yet a convincing case has not been made that adding Russia to the list would limit flexibility. The argument it would limit diplomatic solutions to the Ukrainian conflict is a red herring.

Adding countries to the list does not constrain diplomacy. The incentive to be removed from it is great. Libya gave up its chemical, biological, radiological and nuclear aspirations with the promise of having its state-sponsored terrorism designation rescinded.

In 2008, my first year leading the office, the United States leveraged de-listing of North Korea for nuclear-related concessions. To demonstrate its seriousness, North Korea imploded a water-cooling tower at its Yongbyon nuclear facility. Not long afterward, the country was removed from the list. Along the way, for many months, US and North Korean diplomats engaged in high level talks. North Korea’s placement on the state-sponsored terrorism list did not stop a deal from occurring. Flexibility remained.

While Iran was a designated terrorist state, the Obama administration reached a landmark Iran nuclear deal in 2015. Officially known as the Joint Comprehensive Plan of Action, it resulted in major Iranian nuclear-related concessions.

Adding countries to the state-sponsored terrorism list is not a death knell for diplomacy. Even countries on opposite sides of the ideological spectrum, such as the United States and Iran, can negotiate the terms of a major international nuclear agreement while the cloud of terrorism sanctions hangs overhead.

However, the US has sparingly used this sanction tool, an extreme economic option, because it has far more impact than any other sanction -- including those already deployed against the Russians. It would trigger secondary sanctions against countries that continue to support the Russian war effort, and it would increase Russia’s exposure in US courts -- putting its assets in the US at risk of being forfeited and seized.

Still, Biden could retain diplomatic flexibility even if Russia were added to the terrorism list because the underlying laws afford the president the ability to issue waivers, subject to congressional notification, in the interests of national security -- effectively providing the administration an ability to pick and choose how to deploy secondary sanctions. For instance, if Russia were on the list and received military assistance from China, the Chinese government could become subject to US sanctions -- but the president could waive the imposition of the penalties.

The timing of any sanction is important. There are good reasons why such a listing should be sequenced carefully. For instance, the listing could possibly complicate US efforts to negotiate the release of WNBA star Brittney Griner and another American, Paul Whelan -- who both may endure unjust prison sentences. Whelan’s sister, who supports Russia’s inclusion on the list, has expressed concern that doing so could make it more difficult to secure her brother’s release. So the US may want to strike a deal with Russia related to the prisoners’ release before adding a new irritant to the countries’ relationship.

After countries are on the list, the US can still productively engage in diplomatic negotiations with them. Adding Russia should not get in the way of carrying out meaningful dialogue on a range of issues, whether that applies to the conflict in Ukraine or the release of US prisoners from jail. These aren’t either/or choices.

The world deserves a nuanced response that explains why Russia won’t be added to our state-sponsored terrorism list. If that does not happen, the executive branch will risk the ire of Congress, which can unilaterally act on the matter and pass a bill labeling Russia a terrorist state (which, yes, Biden could veto but Congress could overturn). That would truly limit the executive branch’s flexibility.

Jason M. Blazakis is a professor of practice at the Middlebury Institute of International Studies. He was director of the State Department’s Counterterrorism Finance and Designations Office in the Bureau of Counterterrorism from 2008 to 2018. He wrote this for the Los Angeles Times. -- Ed.