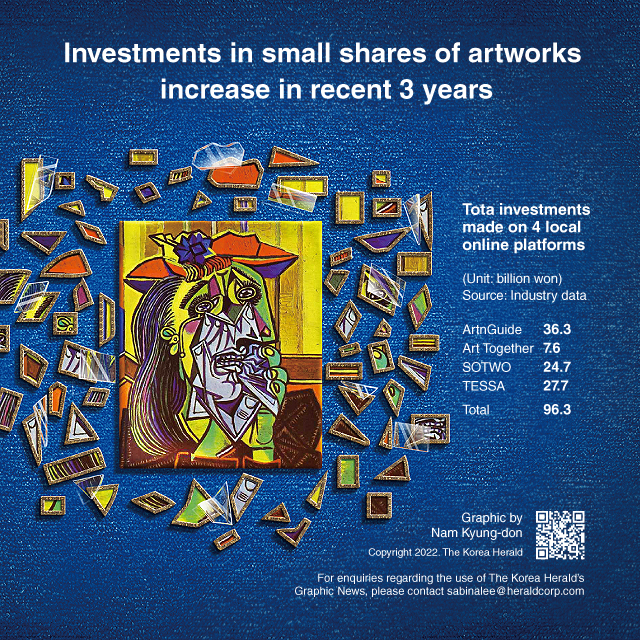 Four local online art investment platforms, including industry leader ArtnGuide, allow consumers to invest in iconic artworks by buying small ownership stakes, attracting small-sum investors interested in diversifying their investment portfolios to the field that had been previously only available to the wealthy.

According to the data compiled by the four companies, a combined 96.3 billion won worth of such art portfolio investment was made since the new platform was first launched in November 2018.