[Abe Shinzo] US strategic ambiguity over Taiwan must end 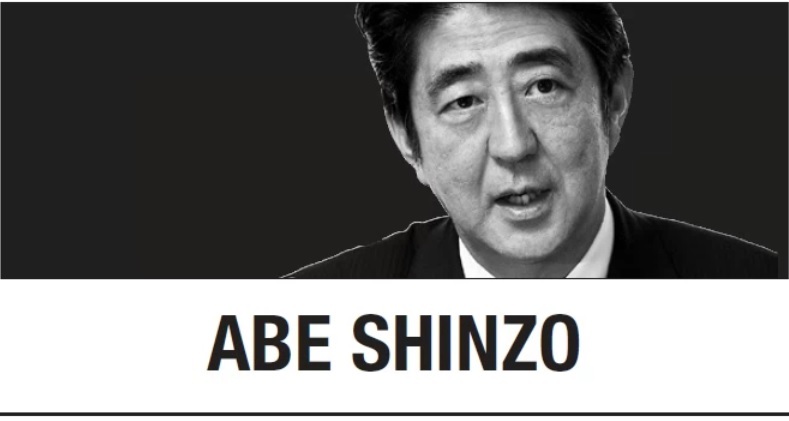 Russia’s invasion of Ukraine has reminded many people of the fraught relationship between China and Taiwan. But while there are three similarities between the situation in Ukraine and Taiwan, there are also significant differences.

The first similarity is that there is a very large military power gap between Taiwan and China, just as there was between Ukraine and Russia. Moreover, that gap is growing larger every year.

Second, neither Ukraine nor Taiwan has formal military allies. Both countries are forced to confront threats or attacks alone.

Third, because both Russia and China are permanent, veto-wielding members of the United Nations Security Council, the UN’s mediation function cannot be relied upon for conflicts in which they are involved. This has been the case with the current Russian attack on Ukraine, and it would also be the case in any crisis over Taiwan.

But the situation surrounding Taiwan is even more uneasy. While Taiwan has no allies, it does have the Taiwan Relations Act, a 1979 US law requiring the United States to provide Taiwan with the military equipment and supplies “necessary to enable Taiwan to maintain a sufficient self-defense capacity.” This law has functioned as a form of compensation for America’s unwillingness to say explicitly that it will “defend Taiwan” should it be attacked. This arrangement should now change.

In response to Russia’s aggression against Ukraine, the US stated early on that it would not deploy its troops in Ukraine’s defense. But when it comes to Taiwan, the US has adopted a policy of strategic ambiguity. This is the second point of difference: it remains unclear whether the US would intervene by force in a crisis involving Taiwan.

Because the US prefers to leave undefined its position on how it would respond to an assault on Taiwan, China has (at least up to now) been discouraged from military adventurism. This is so because China’s rulers must account for the possibility that the US would indeed intervene militarily. At the same time, US ambiguity has forced Taiwan to consider the possibility that the US will not intervene militarily, and this has deterred radical pro-independence groups on the island.

The US has maintained its Janus-faced policy for decades. But the third, most important difference between Ukraine and Taiwan suggests strongly that it is time for the US to reconsider its approach. Simply put, whereas Ukraine is an independent state beyond any doubt, Taiwan is not.

Russia’s invasion is not only an armed violation of Ukraine’s territorial sovereignty, but also an attempt to overthrow the government of a sovereign state with missiles and shells. On this point, there is no controversy in the international community over the interpretation of international law and the UN Charter. While the extent to which countries participate in sanctions against Russia has differed, no country has claimed that Russia is not in serious violation of international law.

By contrast, China claims that Taiwan is “part of its own country,” and the US and Japanese position is to respect this claim. Neither Japan nor the US has official diplomatic relations with Taiwan, and most countries around the world do not recognize Taiwan as a sovereign state. Unlike in Ukraine, Chinese leaders could claim that any invasion of Taiwan that China launches is necessary to suppress anti-government activities in one of its own regions, and that such acts therefore would not violate international law.

When Russia annexed Crimea, the international community ultimately acquiesced, even though Russia had violated Ukrainian sovereignty. Given this precedent, it is not surprising that Chinese leaders may very well expect the world to be more tolerant should they, too, adopt the logic of “regional” -- rather than national -- subjugation.

This logic has made strategic ambiguity untenable. The policy of ambiguity worked extremely well as long as the US was strong enough to maintain it, and as long as China was far inferior to the US in military power. But those days are over. The US policy of ambiguity toward Taiwan is now fostering instability in the Indo-Pacific region, by encouraging China to underestimate US resolve, while making the government in Taipei unnecessarily anxious.

Given the change in circumstances since the policy of strategic ambiguity was adopted, the US should issue a statement that is not open to misinterpretation or multiple interpretations. The time has come for the US to make clear that it will defend Taiwan against any attempted Chinese invasion.

Whenever I met President Xi Jinping during my time as prime minister, I always made it a rule to convey clearly to him that he should not misjudge Japan’s intention to defend the Senkaku Islands, and that Japan’s intentions were unwavering. The human tragedy that has befallen Ukraine has taught us a bitter lesson. There must no longer be any room for doubt in our resolve concerning Taiwan, and in our determination to defend freedom, democracy, human rights, and the rule of law.