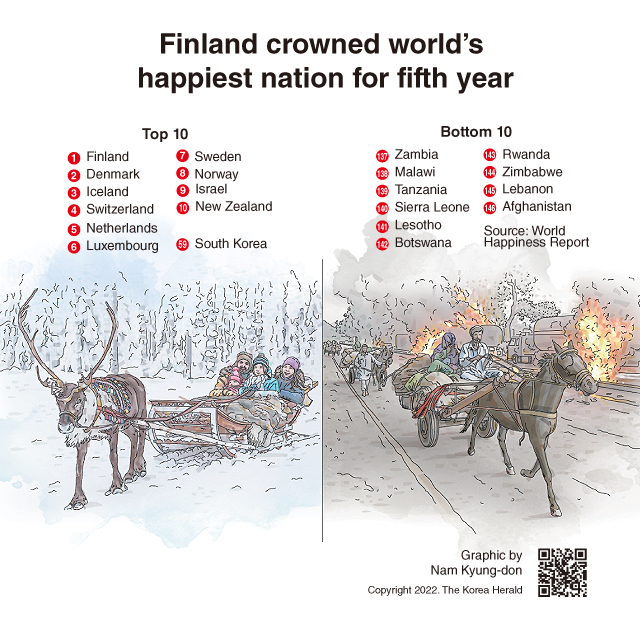 Finland has been named the world’s happiest country for the fifth year running, in an annual UN-sponsored index that ranked Afghanistan as the unhappiest, closely followed by Lebanon.

The latest list was completed before the Russian invasion of Ukraine.

The World Happiness Report, now in its 10th year, is based on people’s own assessment of their happiness, as well as economic and social data.

Northern Europeans once again dominated the top spots - with the Danes second to the Finns, followed by the Icelandic, the Swiss and the Dutch.

South Korea ranked 59th on the list of the World’s happiest countries.(AFP)