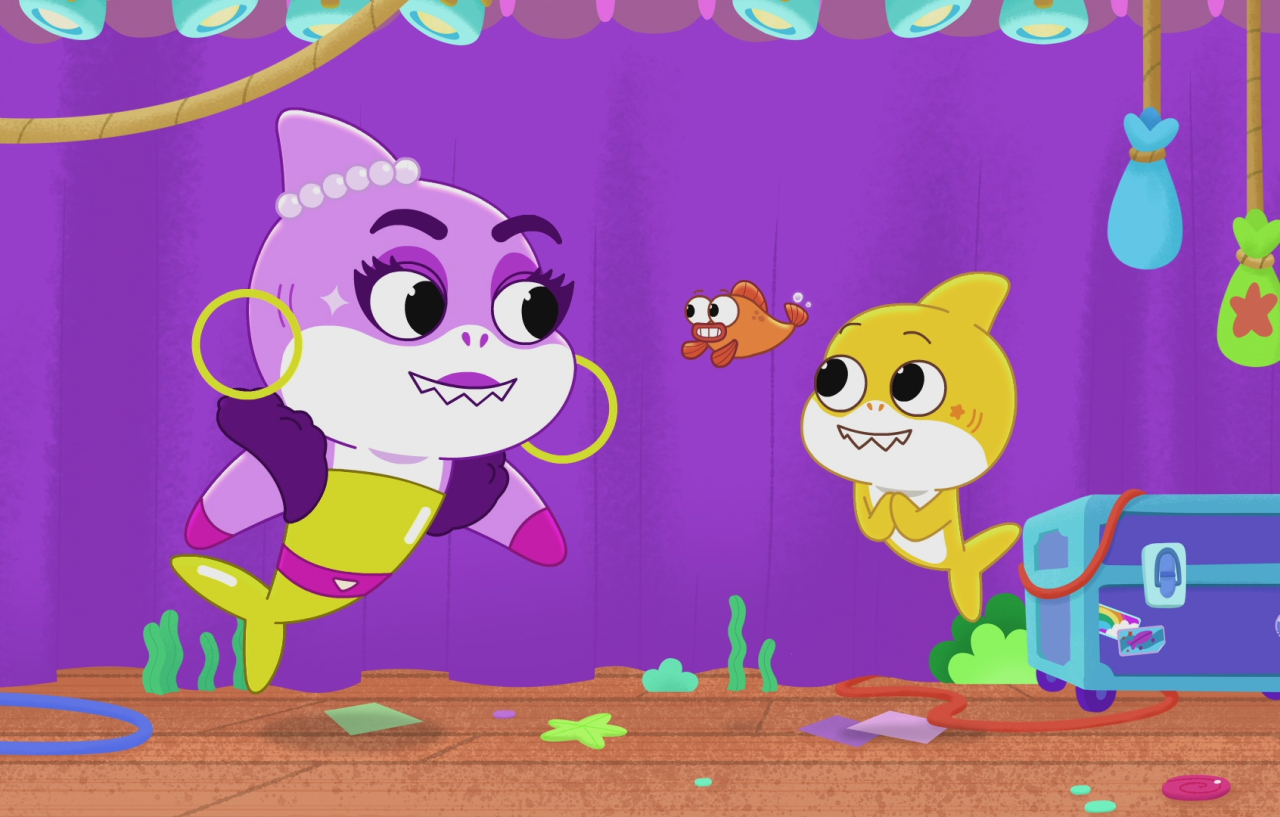 [1] Pinkfong, the company behind the hit YouTube “Baby Shark Dance,” is collaborating with American rap superstar Cardi B. The rapper is scheduled to guest-star in “Baby Shark’s Big Show!”, a television program jointly produced by Pinkfong and children’s entertainment network Nickelodeon, according to a press release from The Pinkfong Company on Friday.

[2] “Inspired by the rapper, a new character Sharki B and her family -- Offshark (played by Cardi B’s husband and rapper Offset) and Kulture Shark (played by her daughter Kulture) -- will go on a new oceanic voyage in an upcoming episode, set to be released on April 15,” a Pinkfong official said.

[3] The upcoming episode features Baby Shark, also known as Ollie, and his best friend William meeting Sharki B and learning a new song and dance, “The Seaweed Sway.” Fans can enjoy the music ahead of the show starting from April 8 on various streaming channels, including Spotify, iTunes, Apple Music, Amazon Music and more.

[4] A huge “Baby Shark” fan, Cardi B posted on her Instagram in 2019 a clip showing the rapper walking the runway to the globally popular song. She also revealed that her daughter loved the music from “Baby Shark” as well.

2. Doctor says those without COVID-19 have no friends

[1] The reason you haven’t contracted COVID-19 yet? Probably because you have no friends. At least, that’s what one South Korean physician believes.

[2] “The adults who have not yet been infected with COVID-19 are those who have interpersonal problems,” read a Facebook post uploaded by Ma Sang-hyuk, vice president of the Korean Vaccine Society on March 16. The post was removed but a screenshot has been widely shared online, sparking controversy.

[3] Unlike other virus experts, Ma has been asserting that the government should focus on treatment rather than strengthening social distancing measures as the spread of the omicron COVID-19 variant runs rampant throughout the country.

[4] His post was made when daily COVID-19 case numbers exceeded 400,000 and critical patients and deaths were hitting record highs. As of Tuesday morning, the cumulative number of confirmed cases in South Korea stood at 9.93 million, meaning nearly one in five people in the country have tested positive.