[Lee In-hyun] Discovering musicians from the war in Ukraine 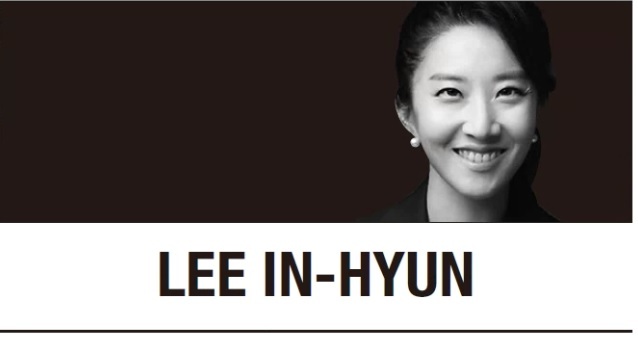 When I wake up, the first thing I do is check the news. For the past few weeks, the headlines have been about the war between Ukraine and Russia, and we seemed to have moved on from the pandemic news. I thought the war would end quickly since Russia has a much more powerful military than Ukraine. However, I was wrong. The patriotism of the Ukrainians was amazing; they stayed behind and protected their cities after saying farewell to their children, wives and elderly parents. Moreover, many countries in Europe and the United States helped Ukraine endure the war and began to isolate Russia for starting the war. People around the world sent encouraging messages and money so that Ukraine could fight.

The classical musical field is also investing heavily to fight against the war. Famous and influential Russian musicians were expelled; they got cancellation notices the day before they were due to perform and Russian directors who had been organizing big music festivals in countries around the world were dismissed. Some musicians said prayers for Ukrainians before starting their concerts. Influential musicians donated ticket revenues. Some musicians played music made by Ukrainian composers during their concerts. In this column, I want to introduce two Ukrainian composers: Nikolai Kapustin and Karol Szymanowski

Nikolai Kapustin is a well known Ukrainian composer and pianist. Although he is a classical musician, he is really interested in jazz. He puts a jazz feel into his classical music. In the past, Ukraine was a part of the Soviet Union (now Russia), so there are not many musicians who called themselves “Ukrainian” back then. However, Nikolai Kapustin was a Ukrainian musician from head to toe. He was born in Ukraine and lived in Ukraine, including during the years when it was a part of the Soviet Union. Because of his jazz elements, his music is very rhythmic and full of passion and energy. The romantic moments are very beautiful. Kapustin became popular to us in Korea when Yeol-eum Son played one of his pieces in the Tchaikovsky International Competition. After she won the second prize, she played his music at many of her concerts.

Karol Symanowski is a well-known Polish composer and pianist, but he was born in Tymoshiyka, Ukraine. He is very popular in many parts of the world but not in Korea. When Kryistian Zimerman, who is a legendary pianist, had a concert in Korea, he put Szymanowski’s music in the program at the last minute for Ukraine. Zimerman seems to have wanted the audience to remember the Ukrainians at the concert. Various musical colors were created and a powerful energy was also present in the music. After the concert ended, many in the audience wanted to know more about Symanowski and other Ukrainian musicians and composers. This unfortunate war has sparked our curiosity about Ukrainian musicians, and I wish we would have known about these musicians sooner.

I recommend our readers explore Variations by Nikolai Kapustin. This is the first music by him that I experienced. The music is very jazzy, so people who do not like classical music can enjoy it very easily too. Whenever I have listened to this music, I find myself freed and discover the passion hidden in me. I also find myself in motion, letting my body and soul go with the rhythm of jazz. If you are stressed out, free yourself by checking out this piece. You will enjoy it.


Lee In-hyun
Lee In-hyun is a classical pianist and author of the award-winning book, “The Classic Class,” published in January. She works both in Korea and the United States. She currently resides in Los Angeles and can be reached at inhyun@bu.edu. -- Ed.