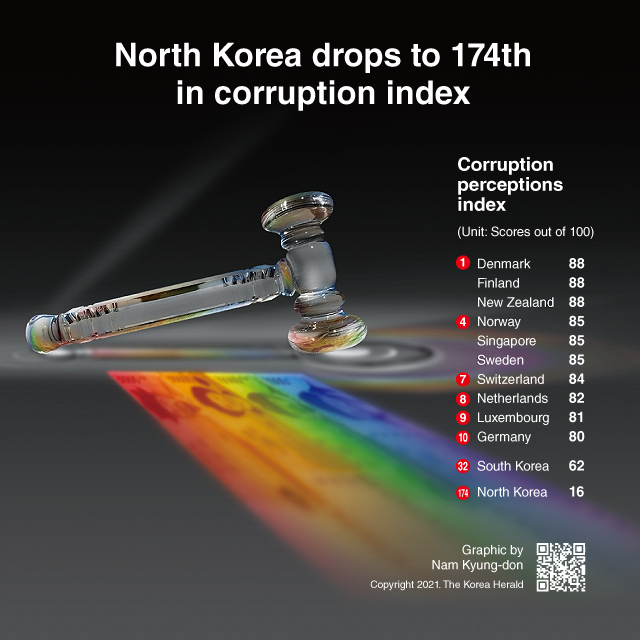 The reclusive country scored 16 out of 100 in the Corruption Perceptions Index report issued by Berlin-based Transparency International, down two points from the previous year.

The index evaluates countries based on how corrupt their public sector is perceived to be, using data collected “by a variety of reputable institutions, including the World Bank and the World Economic Forum.”

South Korea climbed a notch to rank 32rd with 62 points, while Denmark, Finland and New Zealand shared the top with 88 points. (Yonhap)