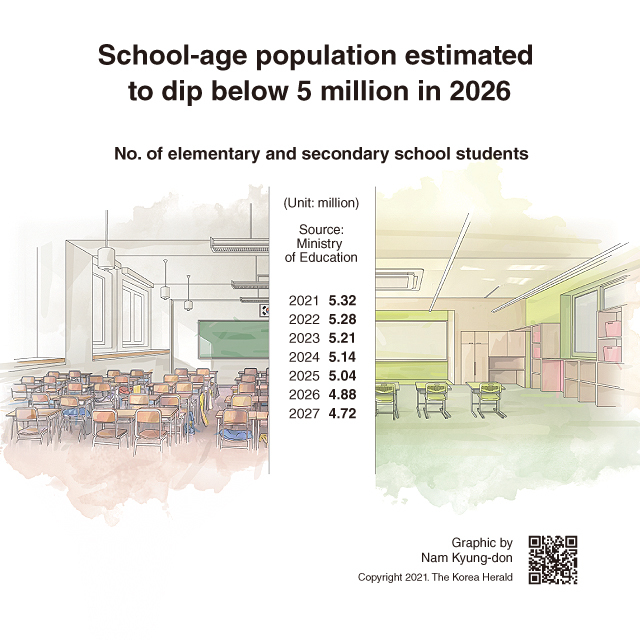 The number of elementary and secondary school students in South Korea is expected to drop below 5 million for the first time in 2026, the government said, citing an ongoing decline of the school-age population.

In 2026, when students born in 2007 - which was marked by an exceptionally high birth rate - will graduate from high school, the population of school aged children is projected to dip below 5 million to 4.88 million, the ministry noted, adding the number will further decline to 4.72 million in 2027. (Yonhap)