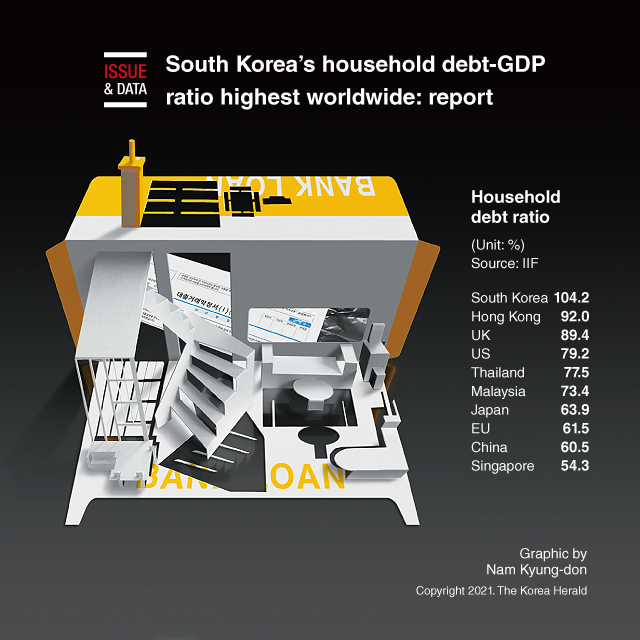 South Korea has the highest ratio of household debt to gross domestic product among major economies in the world, a report showed, indicating it could crimp consumption and weigh on the economy down the road.

The country’s household debt stood at 104.2 percent of its GDP as of end-June this year, the highest among 37 economies, according to the report by the Institute of International Finance.

Hong Kong came next with 92 percent, followed by Britain with 89.4 percent, the United States with 79.2 percent, Thailand with 77.5 percent, Malaysia with 73.4 percent and Japan with 63.9 percent.