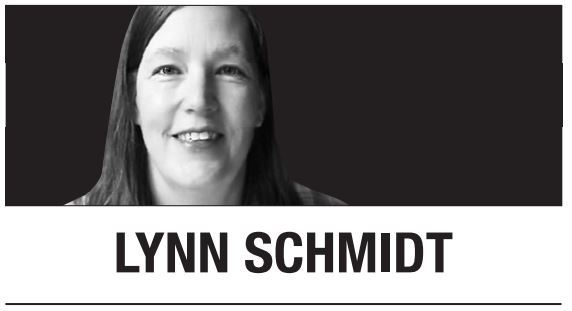 Time to pop some bubbles. Sorry progressives, there are some pins coming your way.

Recently I wrote a column with the headline “Just tell them no, Joe,” in which I suggested that progressive Democrats were pushing President Joe Biden too far to the left with his domestic agenda and that Americans elected Biden to restore a sense of normalcy to the presidency, not to launch a spending spree. I received quite a bit of email from those on the progressive left. Most suggested that I was the one out of touch with reality. One email stood out to me. The reader wrote that Americans want the changes progressive politicians are moving forward with.

Well, the electorate brought a bunch of pins to the voting booth last week and popped the progressives’ bubbles.

There have been plenty of analyses from the Nov. 2 elections. Many progressives immediately started dismissing the result, saying Terry McAuliffe’s loss in Virginia’s gubernatorial race was because he was not progressive enough. In the deep-blue urban pockets where the progressives won in 2020, that may be the case. But the more moderate, broader electorate has other ideas.

People tend to circulate within a bubble of like-minded individuals. Whether it is cable news media or social media, individuals tend to stick with the outlets that echo their own views. These media bubbles create an environment in which one’s exposure to news, social media, and even entertainment represents only one ideological or cultural perspective and excludes or misrepresents other points of view.

When we allow ourselves to expand that worldview and expose ourselves to new information, we also need to prepare ourselves for the proverbial burst that may soon follow.

Consider the case of India Walton, a democratic socialist in Buffalo, New York, who previously beat incumbent Byron Brown in a low-turnout vote mayoral primary. Walton, a 39-year-old nurse and community activist, met her primary challenger again in the general election on Tuesday. Brown, the more moderate Democrat, launched a write-in campaign and beat Walton with nearly 60 percent of the vote.

In New York City, Eric Adams won the Democratic primary for New York City mayor back in June by beating progressive candidates such as Maya Wiley. Adams won the general election on Tuesday, in part by pushing back on the woke agenda of Democrats further to the left. Adams promised not to eliminate the gifted-and-talented programs in New York City’s public schools. He also is not in favor of defunding the police.

Speaking of defunding the police, that question was actually on the ballot in Minneapolis, in the form of a referendum proposing to replace the city’s police department with a new Department of Public Safety. It was rejected by 56 percent of voters.

Now consider what happened in the dark-blue city of Seattle. Republican Ann Davison was elected Seattle’s city attorney after capturing nearly 60 percent of the vote and decisively defeating Nicole Thomas-Kennedy. Thomas-Kennedy was a defund-the-police candidate who said she wanted to “reimagine the City Attorney’s Office and how it prosecutes offenders.”

Poll results clearly indicate the nation is not in the mood for a swing to the hard left. A No Labels/HarrisX poll at the end of October asked two questions: Should Congress pass the bipartisan infrastructure bill now, and should Democrats pause on their one-party social spending and environment bill until they better understand what’s in there?

On the first question, 57 percent said yes to holding a vote on the infrastructure bill immediately.

On the second question, 66 percent of respondents agreed with Democratic Sen. Joe Manchin of West Virginia, who wants Congress to spend more time debating the social-spending and climate-reconciliation bill -- especially the price tag, originally set at $3.5 trillion by the progressives.

Other polls show that most Americans already think the government is trying to do too much to deal with the nation’s problems. In a recent Gallup poll, 52 percent said the government is doing too many things that should be left to individuals and businesses. In 2020, 56 percent of independents wanted the government to do more to solve problems, compared with 38 percent now.

It might help to remind progressives that, in 2020, Democrats nominated Joe Biden for president, not Bernie Sanders.


By Lynn Schmidt
Lynn Schmidt is a columnist and Editorial Board member of the St. Louis Post-Dispatch.