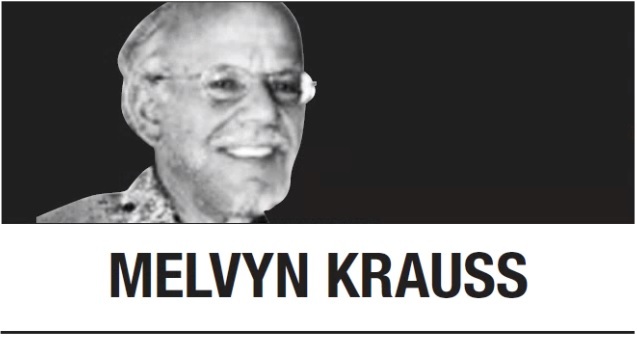 The Greens and the Free Democratic Party, the kingmakers of Germany’s prospective three-party coalition government, favor confronting China over its human rights abuses in Xinjiang and its crackdown in Hong Kong. Despite this, Germany’s authoritarian-friendly China policies are unlikely to change when Olaf Scholz, the Social Democratic Party leader who is expected to succeed outgoing Chancellor Angela Merkel, takes office.

This is because Germany is simply too hooked on exports to China to take a tougher stance on the country’s appalling human rights record. One in 3 German cars is sold in China. In 2019, Volkswagen sold nearly 40 percent of its vehicles in the country, while Mercedes-Benz sold about 700,000 passenger cars there. Even within Merkel’s Christian Democratic Union, many are critical of her for allowing Germany’s dependence on China for exports, jobs and incomes to reach such a point.

There is an old adage that when you owe the bank a million, the bank owns you, but when you owe it a billion, you own the bank. Similarly, China can be said to “own” German foreign policy because of the German economy’s dependence on exports. Germany does the exporting, and those persecuted by the Chinese regime do the suffering.

Ironically, Germany’s conciliatory policies toward China are also bad for the German economy, because they keep locked up in exports resources that could be used more productively in public investment, digital technologies and environmental protection -- areas that Merkel neglected. Germany needs a high-tech, digitalized, green economy to compete and prosper in the 21st century, but its pro-China foreign policy facilitates an old-fashioned mercantilist model. The Greens recognize the shortcomings of Germany remaining an “export champion.” But Scholz, who is said to prefer a deep economic relationship with China, is likely to side with Germany’s strong trade unions and traditional business interests in favoring the status quo.

Moreover, with Chinese President Xi Jinping becoming increasingly assertive, the German government’s kowtow to China is forcing its European Union partners to choose between European and trans-Atlantic unity -- promoting fractures within the union itself. And EU member states that side with Germany for reasons of European solidarity risk finding themselves in hot water with the United States, which, under President Joe Biden, is engaged in an intense effort to compete with and contain China.

In late 2020, for example, France chose European unity when, over the objections of then-President-elect Biden’s foreign-policy transition team, it backed Merkel’s sweetheart EU investment agreement with China (which the European Parliament has since blocked). France may have paid the price for placing European unity above the trans-Atlantic alliance when the US, the United Kingdom and Australia announced their new AUKUS security agreement, which led Australia to cancel a contract worth nearly $100 billion to buy conventionally powered French submarines. French Foreign Minister Jean-Yves Le Drian described Australia’s decision to abandon its deal with France, in favor of nuclear-powered subs under AUKUS, as a “stab in the back,” and a nasty rift developed between France and the US that worked mainly to China’s benefit.

French President Emmanuel Macron and Biden settled their disagreement on the eve of the recent G20 leaders’ summit in Rome. In an in-person mea culpa, Biden called the way the AUKUS submarine deal was arranged and announced “clumsy.” And Biden reportedly said in private that he would go along with one of Macron’s pet “strategic autonomy” projects -- an independent and unified European military force that would coexist alongside France’s (and Europe’s) solid commitment to NATO.

This partial Franco-American rapprochement comes at a time when liberal democracies are rethinking security strategy and NATO’s role. On one hand, there is Macron’s idea of strategic autonomy, which now seems to have at least some US backing. On the other, there is the currently discussed notion of broadening NATO’s mandate to include Asia.

Among other things, extending the alliance’s mandate would institutionalize pressure on Germany to abandon its pro-China foreign policy on the grounds that it was anti-NATO. In addition, a broader NATO mandate would give Europe a legitimate shot at operating in the Pacific in a more integrated way with the US and its regional allies (Australia, Japan and South Korea) and collaborators (above all India). Such integration might even open the prospect of other arms sales, particularly to countries that do not intend to go nuclear or expand their nuclear capacities beyond strategic deterrence.

Germany’s long-standing efforts to mollify China are helping to perpetuate China’s sense of impunity for human rights abuses. They are also facilitating German mercantilism and inflicting fractures within the trans-Atlantic alliance. For all of these reasons, German foreign policy in the post-Merkel era must change course. For Scholz and his coalition partners, setting a new direction must be a high priority.