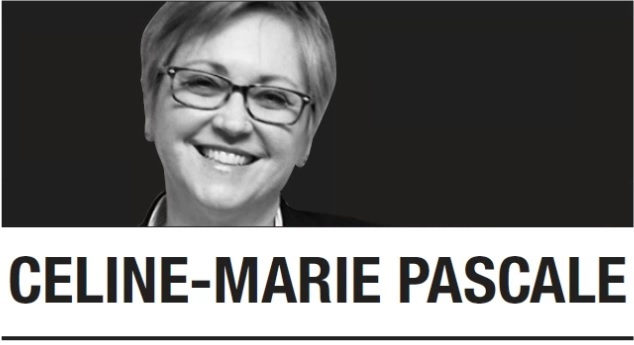 Recently released Census Bureau data show that more than 37 million people in America lived at or below the federal poverty line in 2020. That’s 11.4 percent of the population, and a full percentage point higher than what it was in 2019.

But the federal poverty line doesn’t begin to tell the story of poverty in the US.

Half of US families struggle to make ends meet. They are part of what I call the “uncounted majority,” people who have trouble paying basic bills even though their incomes aren’t low enough to meet the official federal poverty threshold.

I’ve witnessed this struggle firsthand while researching low-income communities over the last four years. In cities and towns from California to Kentucky, I met hundreds of working people whose real-life experiences highlight the arbitrariness of, and the problems with, the federal poverty line.

People such as Angel Perez, who lives in Oakland and works two part-time jobs for a local school district and helps his father paint houses — and earns less than $16,000 a year. Perez counts himself lucky to be able to live with his father. Otherwise, he would be among Oakland’s more than 4,000 unhoused people.

In southeast Ohio, I commonly met people who worked multiple jobs and who still found it difficult to pay their bills. Michael Chase was one of them. Between two jobs, he works 45 to 60 hours a week and brings home just under $16,000 a year. Neither job comes with health insurance, sick leave or vacation time. He shares an apartment with three roommates and still worries at times about making rent.

Yet Chase doesn’t consider himself to be poor. Perhaps more important, neither does the government. In 2020, he was well above the federal poverty line for a single person.

Waiting tables in eastern Kentucky, Jenna Terry earns a pretax income of about $20,000. She lives with her boyfriend, Doug, a car salesman who brings in another $20,000. Neither of their employers offers sick time, vacation or health insurance. The couple have a young daughter, and the $40,000 they make together is nearly double the federal poverty line for a family of three.

Even so, they had trouble paying their monthly bills, which included a high-interest car loan. To reliably cover basic expenses, Terry’s family would need an income of $53,818, according to the Economic Policy Institute.

Low-wage workers get lost in the gap between economic self-sufficiency and the federal poverty line, which is calculated using an outdated equation that may have never made sense.

According to available census data, roughly 51 percent of workers earn less than $35,000 per year, which is only slightly above the federal poverty line for a family of four -- and less than they need to be able to afford a modest two-bedroom apartment. A recent survey found that, on average, a modest two-bedroom apartment at the national average fair market rent of $1,061 required an hourly wage of $20.40. This is an annual salary of $42,432.

Jobs with low wages, unreliable hours and a lack of benefits have come to dominate the US economic landscape for workers and their families. The pandemic compounded this problem for low-wage workers.

In 2020, nearly 8 million low-wage workers lost their jobs, while others, such as those in meatpacking industries, were declared “essential” and forced to work in unsafe conditions.

Economic distress has shaped the lives of millions of workers for decades. Without savings, people are forced to rely on high-interest loans to cover ordinary but unforeseen expenses -- car repairs, a dental problem, an illness. On an already inadequate budget, this creates a financial crisis that can drive low-wage workers deeper into debt.

Since 2010, the federal government has released a “supplemental poverty measure” that takes into account programs aimed at helping low-income families and individuals who are not included in the official poverty rate. This figure often makes the poverty rate go up, but in 2020 supplemental measures made it fall, from 11.4 percent to 9.1 percent. The Census Bureau credited this drop to the success of government stimulus payments meant to provide relief for economic hardships caused by COVID-19. Those payments have ended.

To a person, the low-wage workers I spoke with expected to work hard. But no one should expect to spend 60 hours a week working two jobs and still have difficulty paying basic bills.

The federal poverty line needs to be adjusted to reflect reality -- and be based on the actual costs of housing, food, child care, health care, transportation and other necessities of daily life.

We need a measure that can account for the uncounted majority.