[Lim Woong] Down with the single pathway to teaching certification: Korea needs a diverse teacher workforce 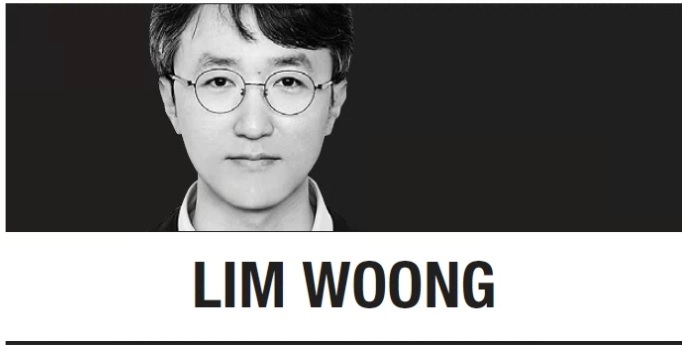 Teaching as a profession holds a special place in the modern Korean history of rapid economic and social development. During the 1950s and 60s, many young elites of diverse backgrounds and talents joined the patriotic call to teach in public schools across the country. During the aftermath of the Korean War (1950-1953), which wreaked havoc on the economy and infrastructure, the Korean government used public school teachers as a human resource to rebuild the country’s education system and educate the emerging postwar generation of students. In short, teachers in Korea played an instrumental role in national development and progress through their service as Korea embarked upon a journey of building a new education system amid the postcolonial education system and the lingering impact of the Korean War.

During the transformation of the country from impoverished in the 1970s to prosperous in the 2020s, the Korean government, whether liberal or conservative, was enormously successful in manipulating the secondary and higher education systems.

The degree of government control has gone so far as to regulate academic institutions’ governance, curriculum, and finance through caps on student numbers, admission policies, tuition amounts, and faculty contracts. One may argue that such government oversight contributed to the development of an efficient education system, whereby policy decisions can be implemented quickly. With good policymaking, such a system can outwork other systems through greater productivity in a short period of time.

However, the detriments of centralized top-down approaches are that stakeholders in education may fail to obtain the actual experience they need to resolve conflicts by habitually looking to the government to solve their problems; the system may also overlook great policy reform ideas. In the political calculus of bad governance of our education system, a great reform idea easily becomes dead on arrival, especially when it entails a political risk or becomes inimical to the interests of the establishment.

Case in point is the recent development concerning an education policy for secondary teacher certification. Currently, there are three pathways to secondary teaching certification: (1) an individual enters a college of education (teachers college) and completes the required coursework with fieldwork; (2) an individual completes an alternative training program if an institution does not have a college of education; and (3) after college, an individual can obtain a certification through training programs in a graduate school of education. However, the proposed policy has a pathway clause that the secondary teaching endorsements for core subjects (Korean, English, math, and science, etc.) are available only to those who graduate from teachers colleges, eliminating the other two options.

Apparently, the government’s main talking point is that it is facing a demographic cliff, whereby the country has to reduce the number of teaching certificates in response to plummeting levels of school enrollment. For those who want to protect the interests of teachers colleges during this deep and wide enrollment downturn, such a policy could be a blessing. In contrast, for someone who values diversity in teacher education and supports equal access to teaching certification, the policy is the game changer -- for the worse.

Limiting the track to become a teacher only to teachers colleges does not make sense for the following reasons, just to name a few: First, we need teachers with diverse life and career experiences. Research indicates that career changers and those who earned their teaching certificates in a graduate school of education or alternative programs outside teachers colleges are at least as effective at teaching as, and quite often outperform, their colleagues from teachers colleges.

Additionally, the employment data in the last three years show that individuals who did not graduate from teachers colleges comprise approximately one-third of newly hired teachers in the Seoul capital area. Second, the exclusionary, “teachers college only” policy does not initiate a reform as much as it reverses the direction of a reform to overhaul teacher education in higher education systems to produce high-quality teachers.

Since 1998, the government has invested heavily in building an accreditation system to improve the quality of teacher education programs in the country. The initial idea was to “keep” high-quality programs and end low-quality programs so that teacher education programs would be held accountable for diversifying and improving the teacher pipeline. However, the exclusionary, “teachers college only” policy has the potential to disrupt the ongoing reform efforts, entailing a massive waste of taxpayers‘ money.

Third, the policy does little to promote interdisciplinary collaboration in teacher education. In the draft of the proposed policy, the preparation of teachers in core academic subjects will be the responsibility of teachers colleges, and all preservice teacher education in elective subjects will be passed on to graduate schools of education. At first glance, the division of work and responsibility seems to be administrative genius. But let us be aware of the dangers of stagnant water! Our students benefit more from teachers who are experts not just in their content areas but also with well-rounded and interdisciplinary education.

Teaching as a profession in this country has come a long way: Teachers have become the leaders of towns and they have been the embodiment of public trust in the government’s work. In this context, it is no surprise that very few have questioned the government’s role in regulating teacher training and development.

On the other hand, the same government can harm teacher education and the teaching profession when bureaucratic and government elites engage in petty tribalism while planning education at the national level to selfishly protect their own interests.

Today and in the future, teachers in schools must fulfill different types of pedagogical demands as the only adult in a classroom -- a digital world is taking over, a flexible and productive mindset is the new smart, and self-regulation, grit and emotional intelligence are the essential life skills our students require to flourish in the new world. This said, teachers face daily challenges with no clear path forward to educate digital native students, who will live and lead in a future world of artificial intelligences and robotics.

Further, the emerging paradigms for future generations are concerned with climate change, global sustainability, social equity, technological progress and risks -- the list goes on. With uncertainty as the only true certainty, it is time for us, as one nation, to throw everything but the kitchen sink to overhaul the educational status quo.

This country again needs our teachers to step up and confront an incredible challenge amid a changing educational landscape. A sign of hope in a time of crisis is that Korea has simply too many qualified, talented and passionate professionals, and it is important we do not exclude them from the opportunity to become teachers.

Pathways to teaching certification should be available for all caring, passionate, and competent individuals regardless of age, gender, class, affiliation, and disability status. Do our young men and women still believe in the romantic notion that teaching is a service to our country? When they choose to answer the call to teach, the exclusionary path to teacher certification is the last thing that future teacher candidates should have to worry about.


Lim Woong
Lim Woong is an associate professor of the Graduate School of Education at Yonsei University in Seoul. Lim could be reached at woonglim@yonsei.ac.kr -- Ed.