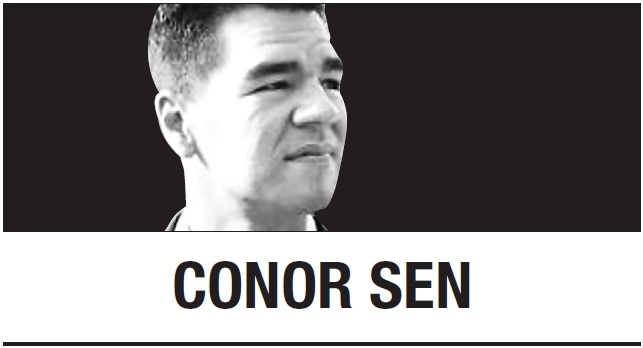 Most of the talk this year about the labor market recovery has focused on leisure and hospitality, and the struggles that restaurant and hotel owners have had trying to staff up. Under the radar, it’s a different industry -- manufacturing – that’s having even more difficulty finding the workers it needs. And that’s what this week’s job openings report hammered home.

Despite its reputation for high wages, the manufacturing sector is falling behind on the compensation front as service companies like Amazon and Walmart continue to raise their pay to be competitive in a tight labor market. We’re used to America losing manufacturing jobs because companies can find cheaper workers abroad, but perversely, we might begin losing more of those jobs because factory owners can’t offer what service employers can.

When thinking about the manufacturing workforce, it’s important to keep in mind that pay levels vary a lot depending upon the work being done. An average auto worker makes $30 an hour, but an average nonmanagerial worker in food manufacturing makes more like $20 an hour. Starting pay is presumably lower. In the aggregate, wage growth for manufacturing jobs has lagged behind other industries over the past decade. Since the beginning of 2011, leisure and hospitality wages increased by 46 percent while factory wages rose 27 percent.

The US Job Openings and Labor Turnover Survey, which provides a data snapshot of the labor market, showed how dire the staffing situation was in the manufacturing industry in July. Since February 2020 -- right before the pandemic -- manufacturing job openings have increased by 121 percent, more than any other industry. When looking at the ratio of hires to job openings -- or in other words, how successful employers are at actually filling their postings -- the only industry struggling more than manufacturing was retail. It’s no coincidence that Walmart just announced it is raising its average hourly wage by $1 to $16.40 an hour.

The Wall Street Journal last month provided a glimpse into what’s happening with an article about a rubber parts factory in Cleveland that was struggling to hire. Finding machine operators was a particular challenge and required boosting wages by $4.55 an hour to $18.25 in order to fill out its staff. The company president acknowledged that he was too slow to increase pay in recent years; he was still mentally anchored to the weaker labor markets that existed following the 2008 recession. Labor costs as a percentage of sales have risen over the past eight years, posing the question of how much higher wages can go before squeezing profit margins or pushing those costs to customers.

Belatedly raising wages appears to be happening industrywide as factory owners grapple with worker shortages. Manufacturing wages have gone up by 0.5 percent per month for four consecutive months -- that hasn’t happened since 1981.

But as Walmart and other service sector employers have shown, they’re not resting on their laurels either, continuing to raise wages and benefits as needed in order to fill their positions.

That’s putting manufacturers in an unexpected competition with service employers for workers. Amazon likes to quote its average starting wage of $17 an hour at fulfillment centers in Michigan that comes with a host of benefits, a package that’s likely better than a lot of entry level or lower-tier manufacturing jobs for similar work. Thursday, Amazon upped the ante again, announcing that it will pay for some US employees to get four-year college degrees.

A whole host of retailers pay $15 an hour or more -- Walgreen’s announced it would do just that last month -- and offer working conditions that are likely more comfortable and less hazardous than being on a factory floor. Would you rather make $15 an hour working at a sawmill or inside a Home Depot?

This is one reason why manufacturers will end up embracing automation -- they just can’t find a way to make jobs good enough to attract the workers they need relative to their ever-escalating service economy competition.

Service employers have spent the past several years improving the nature of their jobs, doing everything from increasing pay and benefits packages to relaxing dress codes and offering more flexible schedules. Manufacturing employers are realizing that they now have to do the same. They’ve got arguably an even heavier lift in front of them, given the riskier, more physically demanding nature of many of the jobs -- and if they can’t manage to pull it off with humans, they might have to do it with robots.