[Eye Plus] Sejong-daero splashed in green 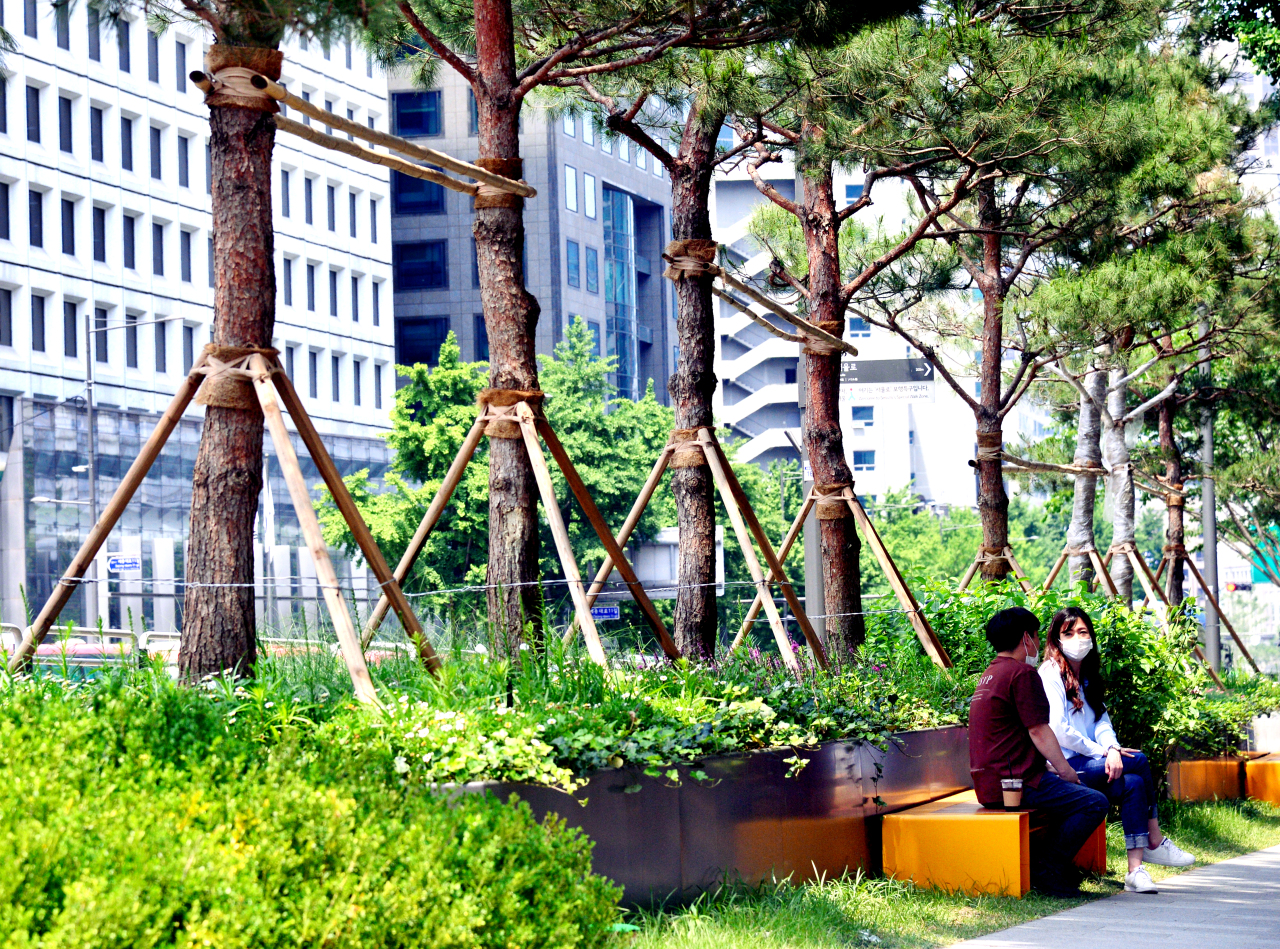 Sejongdaero, one of the best known streets in Seoul and a main thoroughfare of downtown Seoul, is ready to welcome pedestrians. 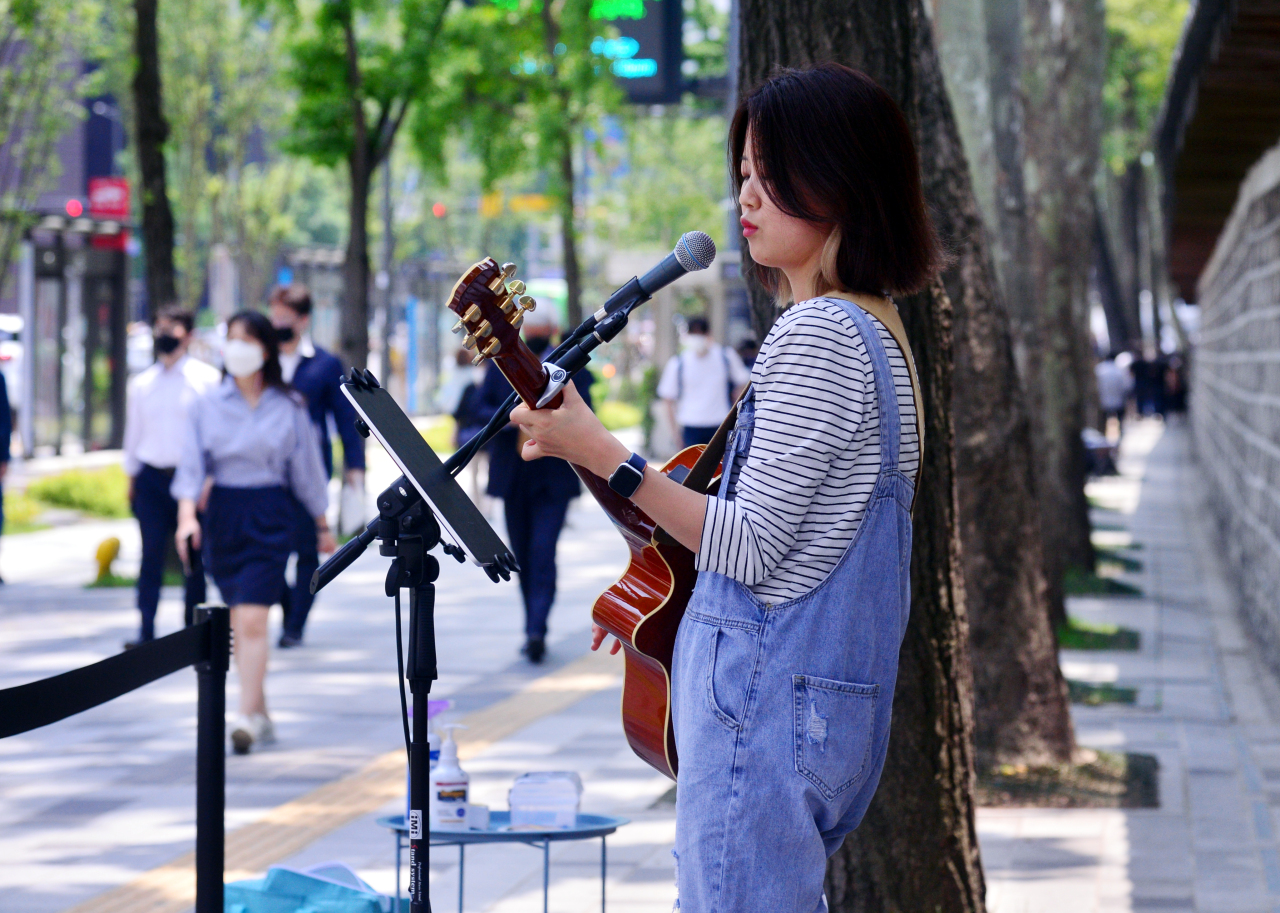 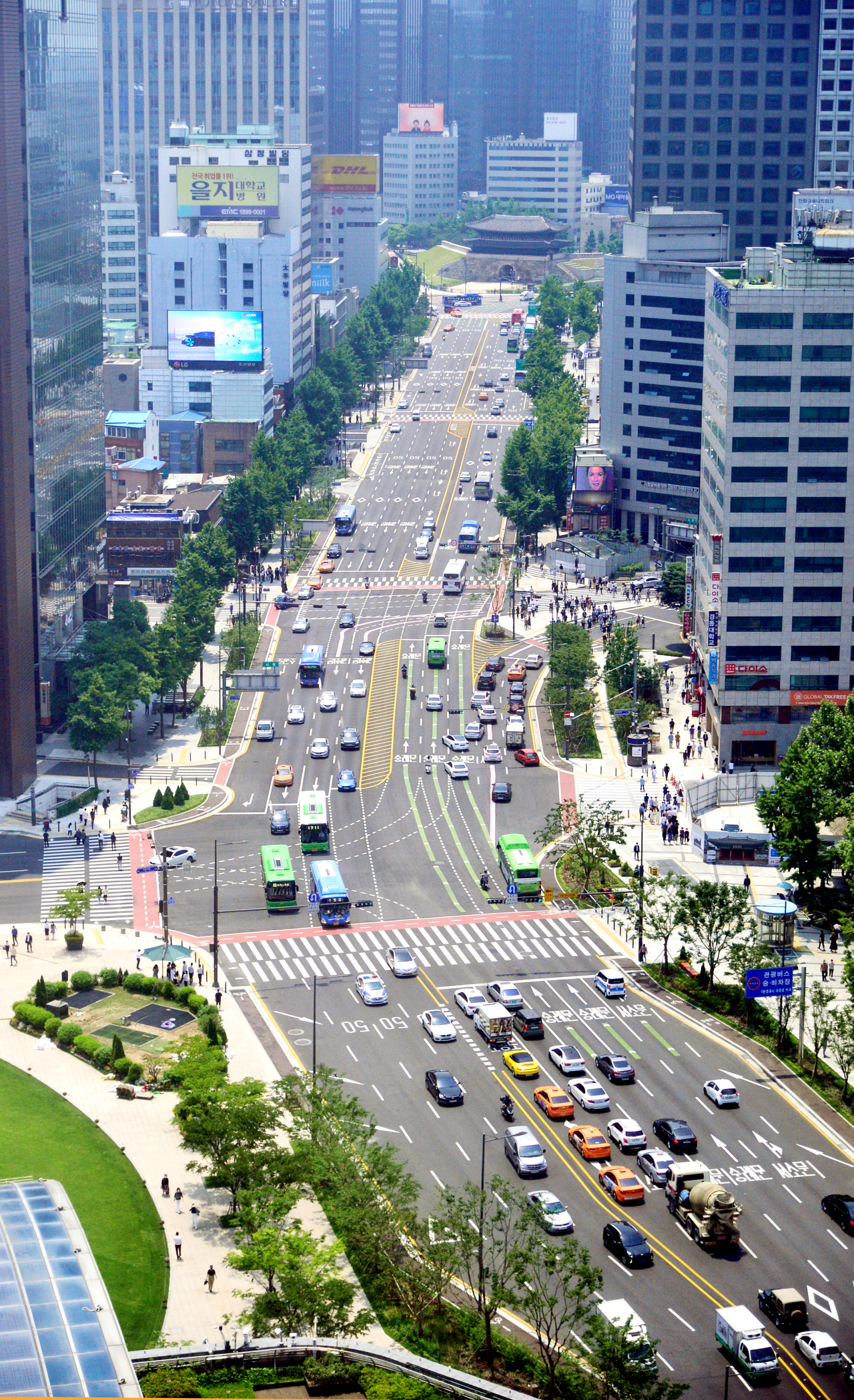 Named after King Sejong (1397-1450) of the Joseon era, who led the invention of Hanguel, the writing system for the Korean language, the broad avenue runs from the southern end of Gwanghwamun Plaza, passes the city gate Sungnyemun and continues to Seoul Station. 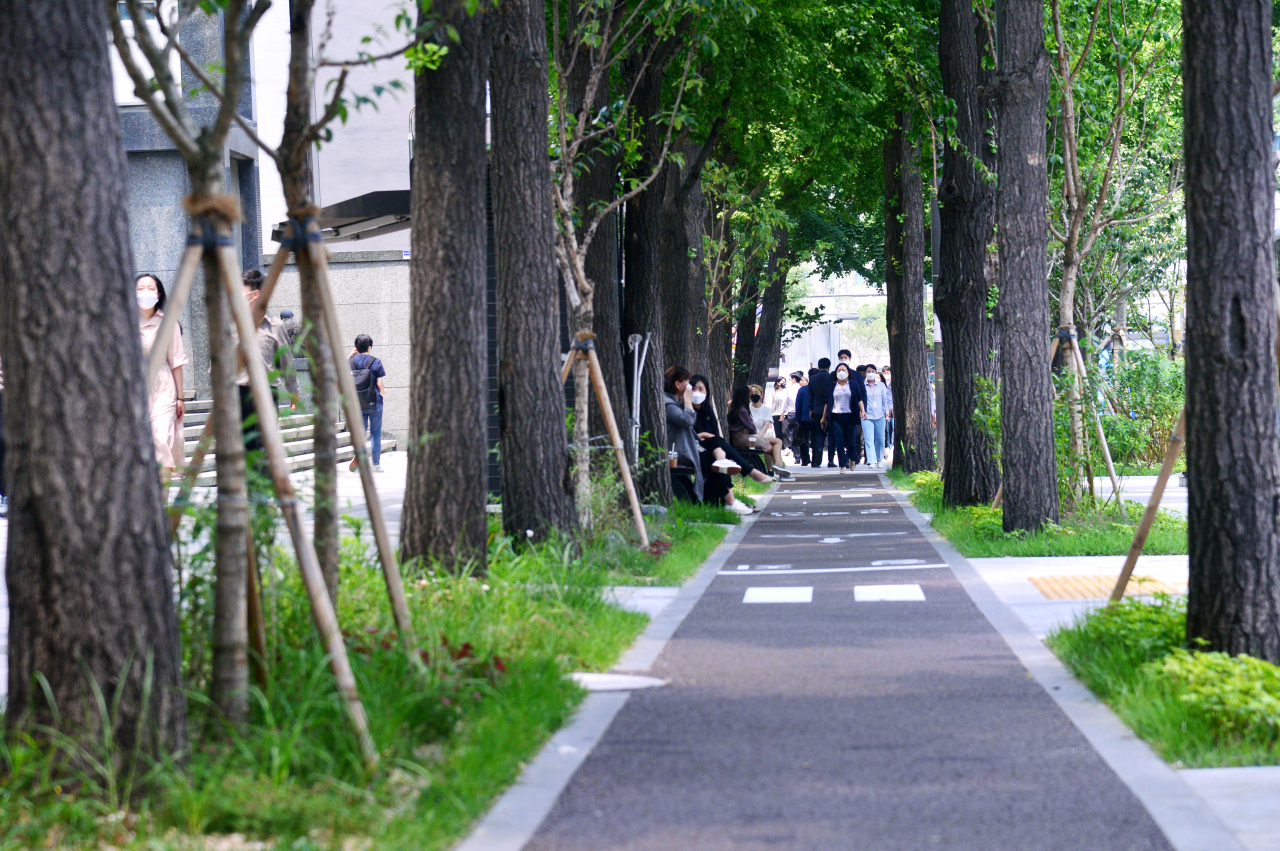 In May, the construction of Sejongdaero Forest Road was completed, ending months of construction that began last July. 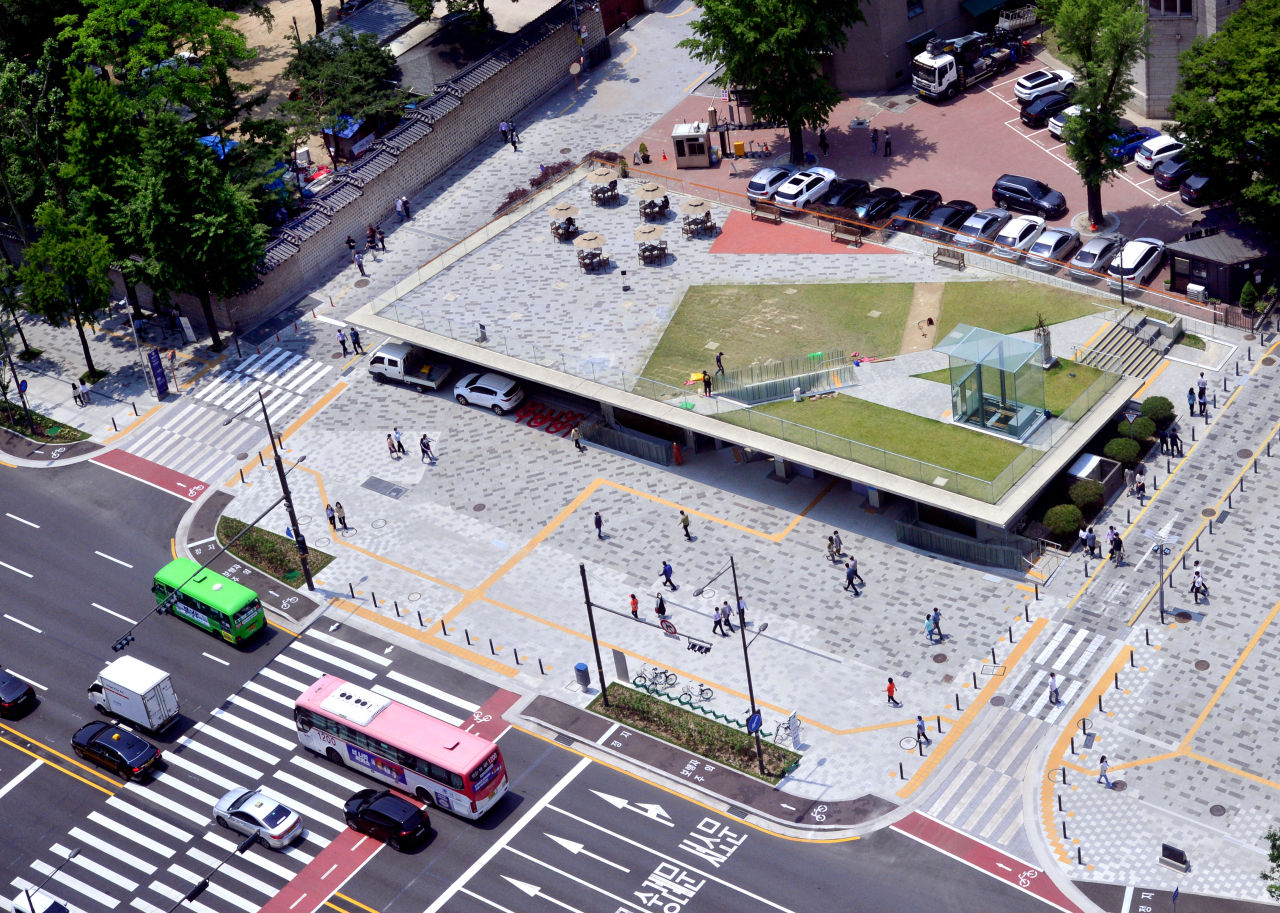 Through the construction, the nine- to 12-lane road has been narrowed to seven to nine lanes, creating more space for pedestrians along its 1.55-kilometer path, complete with a separate lane for bicycles. 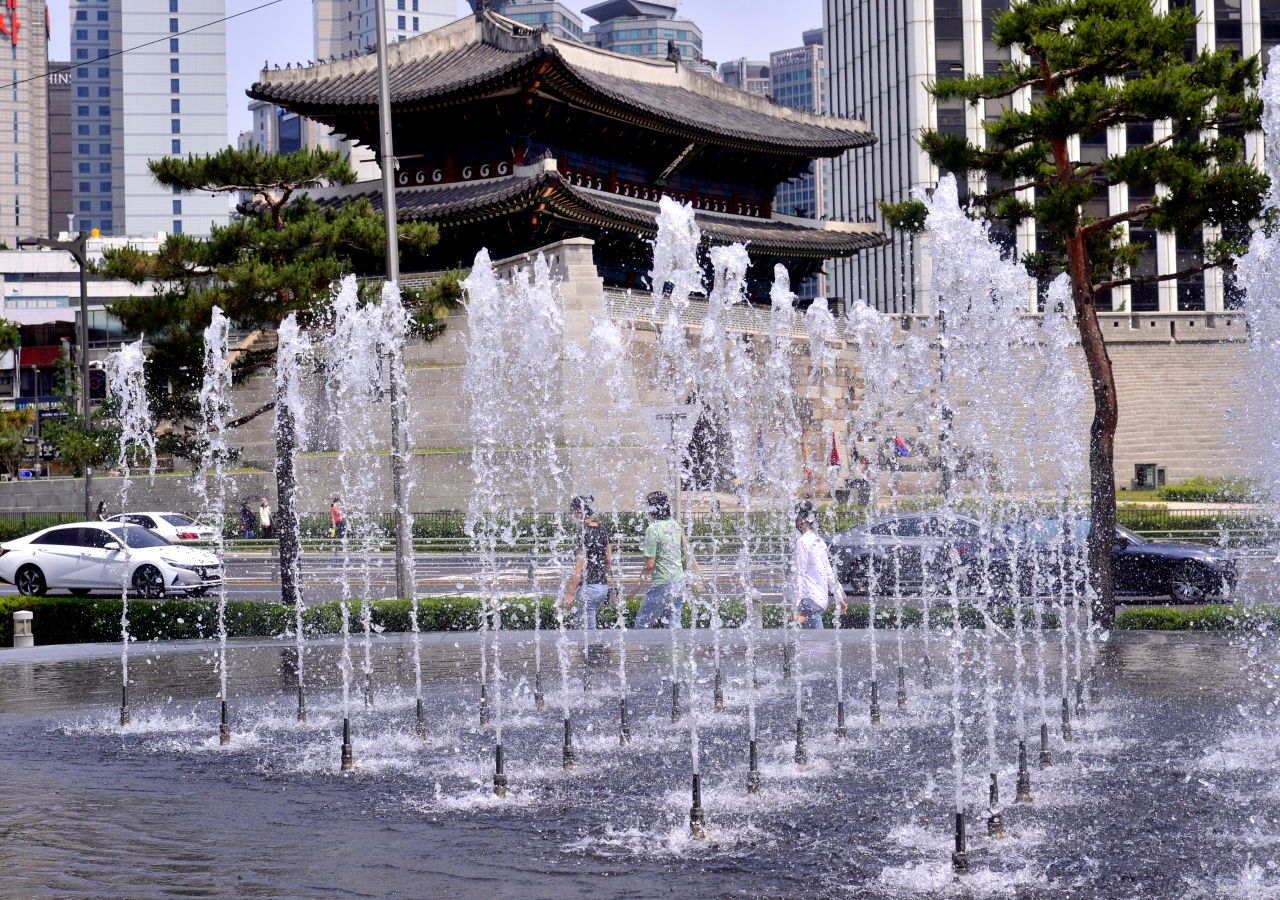 The city has also planted flowers, trees and a total of 33 varieties of plants along the road, enabling the passersby to enjoy green space in the concrete jungle that is the downtown area. 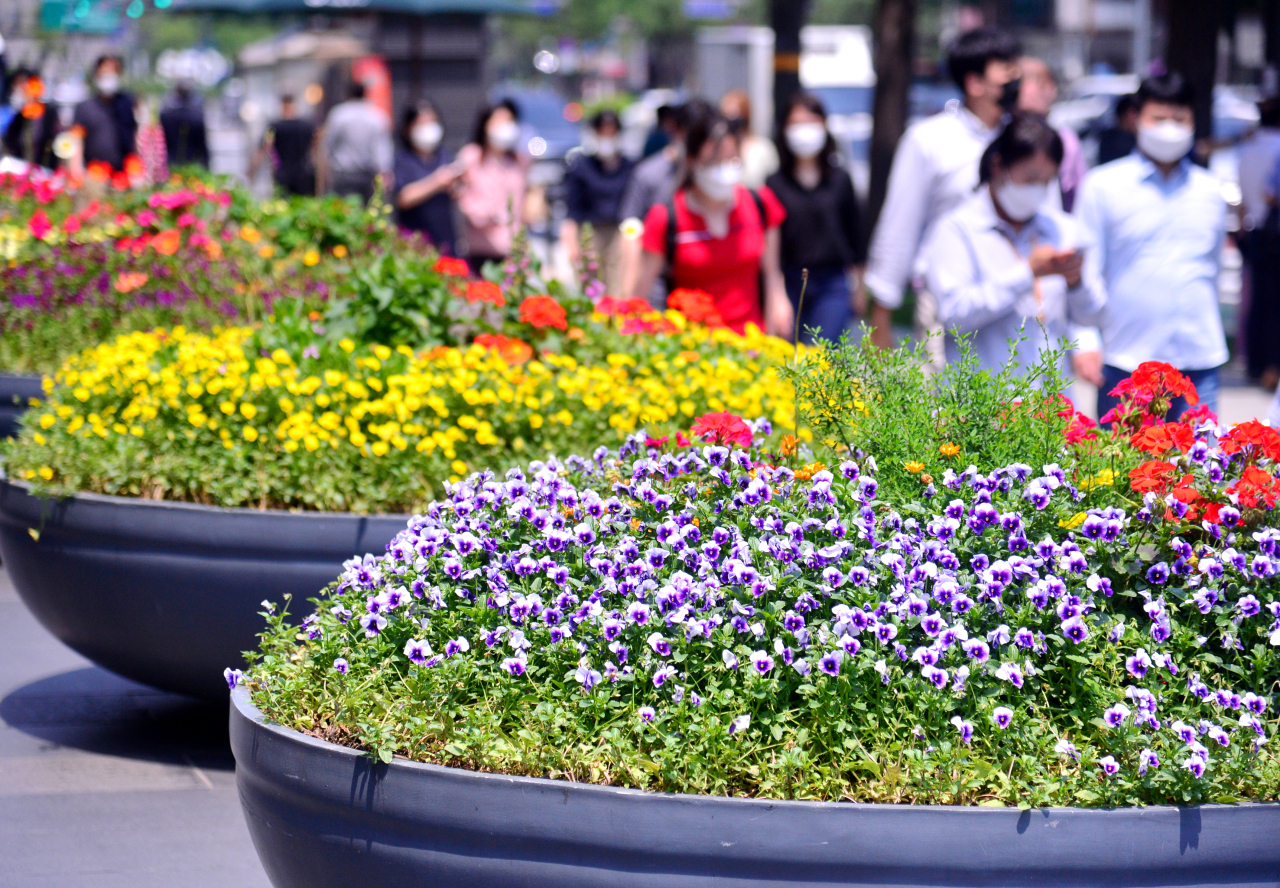 The road leads to historic, cultural spots across the central Seoul area, such as the palace Deoksugung, Sungnyemun and Seoul Plaza, and the city is offering a guided walking tour program in which participants walk 2 1/2 hours from Chunggye Plaza to Seoul Station, passing Deoksugung and Sungnyemun on the way