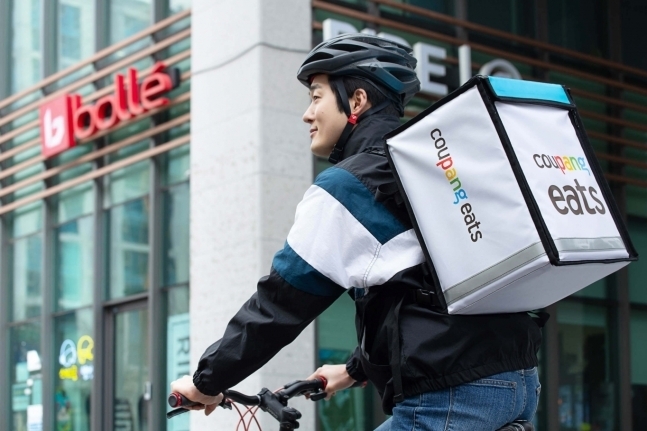 1. After Coupang Eats’ success, other food delivery apps rush to speed up delivery

[1] South Korean food delivery apps are rushing to offer speedier delivery services by making riders deliver just one order at a time, rather than multiple orders, to ensure the freshness of the food – a move borne out of growing competition in the industry.


[2] WeMakePrice O, food delivery app operated by e-commerce platform WeMakePrice, became the latest to adopt the “one order per trip” system this week, as it announced a memorandum of understanding with LK ICT, a company that specializes in location-based services.


[3] “We are speeding up the process to introduce the ‘one-order-per-delivery’ service for the convenience and satisfaction of customers and restaurant owners,” an official at WeMakePrice O said in a statement.


[4] The previous system, which allowed delivery personnel to combine multiple orders for one trip, was a constant source of user complaints as to delivery delays.

[5] The move comes as Coupang Eats, a food delivery service launched by e-commerce giant Coupang in 2019, has enjoyed a surge in popularity in recent months.

[1] Fast food restaurant chain McDonald’s has announced that it is teaming up with popular Korean group BTS for a new celebrity meal which will hit the stores next month globally.

[2] The BTS Meal consists of a 10 Chicken McNuggets, medium fries, a medium Coke as well as Sweet Chili and Cajun dipping sauces inspired by popular recipes from the South Korean unit of McDonald’s, which will be available for the first time in the US.

[3] The new collaboration, which follows the company’s previous partnerships with Travis Scott and J Balvin, will come to a total of 49 countries including the US, Canada, South Korea, India and Mexico.

[4] The chain said the menu “tour” will kick off first in the US and 11 other countries such as Malaysia and Austria on May 26 before customers elsewhere will be able to get ahold of the BTS Meal over the next few weeks.

[5] “The band has great memories with McDonald’s. We’re excited about this collaboration and can’t wait to share the BTS Meal with the world,” said Bighit Music, BTS’ record label.