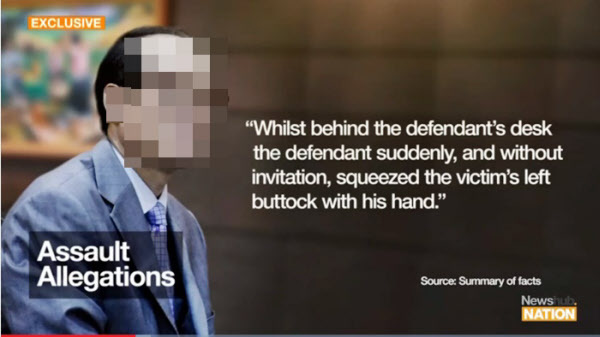 [1] New Zealand authorities have heightened pressure on South Korea to cooperate in its probe of a Korean diplomat who has been accused of sexual assault.

[2] Winston Peters, New Zealand’s deputy prime minister and foreign affairs minister, urged the Korean government to cooperate by waiving the accused man’s diplomatic immunity and sending him to New Zealand to defend himself.

[3] Korea’s former deputy ambassador to New Zealand, surnamed Kim, is accused of groping a male staffer on three different occasions in late 2017 while he was stationed at the Korean Embassy in Wellington. The case reemerged after New Zealand Prime Minister Jacinda Ardern raised the issue in a phone call with President Moon Jae-in last week. It is rare for such a topic to be discussed between two heads of state.

[4] During the phone call, Ardern expressed her disappointment that the Korean government was unable to waive diplomatic immunity and allow the police investigation to proceed, local daily the New Zealand Herald reported Sunday, quoting Ardern’s spokesman. “The matter now rests with the Korean Government to determine any next steps,” the spokesman was quoted as saying.

[1] The gulf between the haves and have-nots is wider in South Korea than in almost any other member of the Organization for Economic Cooperation and Development, a recent analysis suggests, with only the US showing greater inequality.

[3] Korea posted a poverty rate of 17.4 percent -- the second-highest among the 35 economies analyzed. The US poverty rate stood at 17.8 percent.