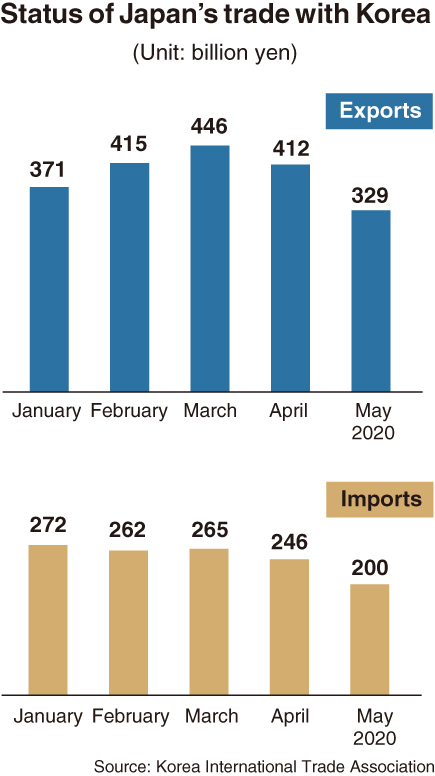 Japan’s exports to South Korea have plunged in the wake of its export restrictions, data showed Thursday.

According to the Korea International Trade Association and the Japan Customs Association, Japan’s exports to Korea stood at 329.3 billion yen ($3 billion) in May, down 18 percent on-year.

The figure is the lowest in 11 years and three months since February 2009 when it reached 32 billion yen.