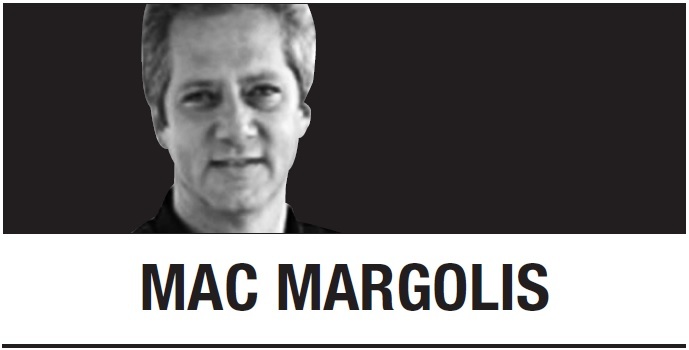 As much as guns and gadgets, pathogens have written history in the Americas. Smallpox cut through the Aztecs long before Hernan Cortes’s troops marched into Tenochtitlan. Yellow fever stopped Napoleon in Haiti, laying the way for the island’s independence. Epidemiologist Arnoldo Gabaldon liberated more than half of Venezuelan territory from malaria, launching the pestilent nation into the 20th century.

So what will be the legacy of coronavirus in the latitudes where it has found such accommodating quarters? By the end of May, Latin America was accounting for at least 40 percent of new daily COVID-19 deaths globally. The International Monetary Fund predicts that Latin America’s gross domestic product will contract by 9.4 percent this year, calling it the worst recession on record. Those who toil in the gray economy, one of the sectors hardest hit by the pandemic, have already seen earnings shrink by 80 percent, with nearly two of every three 15- to 24-year-olds idled. Brazil alone lost 1.4 million jobs from March through May; in Argentina, up to 852,000 jobs could disappear this year.

Less clear is the outlook beyond the pandemic. Fears of infection and death have kept protesters indoors and a lid on social demands. That dormancy will wear off once the worst of the contagion passes and unfinished business from 2019, Latin America’s annus horribilis, bubbles back to the surface.

And in fact, the Americas have been anything but quiescent. Despite quarantines and the rising toll from COVID-19, social unrest has increased this year. The Armed Conflict Location & Event Data Project, which tracks global disorder, ranked Central and South America and the Caribbean as the world’s most conflicted region. The two biggest economies, Brazil and Mexico, showed the biggest flare-ups.

Verisk Maplecroft, a political risk consultancy, puts half the countries in the region at extreme or high risks for continued public disorder, with likely fallout for “government stability and the business environment.” The drivers of turmoil are a mix of unsettled scores -- from the chronic flaws of representative democracy to the widening gap between rich and poor -- and new grievances, such as deepening joblessness and impoverishment brought on by the pandemic-induced economic collapse.

Although governments have used social spending to mitigate the impact of COVID-19, it often has fallen short. And whether the region’s patchy democracies can bear the social strain is an open question.

The outbursts may grow as the ballooning bills for cash handouts and subsidies fall due for governments already deep in debt from shrinking tax revenue. Maplecroft tags Venezuela, Chile, Paraguay, Ecuador and Argentina as the most exposed to protests from inevitable austerity measures in the coming months.

Such visceral disruption could presage civic renewal, as chronically disfavored social groups challenge elites in the streets and the voting booth. Bolivia, Brazil, Ecuador, Peru and Venezuela are among those countries with local or national elections this year or next, and Chile has committed to reforming its constitution. In this context, social ferment might seem cause for optimism. Indeed, many sitting national leaders -- Jair Bolsonaro in Brazil, Andres Manuel Lopez Obrador in Mexico, Nayib Bukele in El Salvador -- rode to office on a swell of indignation and promises to scrub the system of corruption and privilege.

Yet as these outliers failed to deliver, they also became the targets of popular frustration.

Latin American politics is all about turmoil. That is all the more true in nations whose electoral landscape is fragmented by scores of shape-shifting parties devoted more to capturing public revenues than stewarding reform. “With the magnitude of economic adjustment the region needs, this is the worst combination possible,” said Andres Mejia Acosta, who teaches political economy at King’s College London. “No pragmatic candidate stands a chance, only those who promise heaven on earth.”

Not all Latin Americans are marks for the man on the balcony. Costa Rica and Uruguay have contained coronavirus without resorting to draconian lockdowns or smothering dissent, and so are arguably better placed to attract investment and marshal economic recovery once the emergency ends. Not coincidentally, they also are the countries that have gone furthest to reduce extreme poverty and inequality, raise worker education, resist the populist temptation at election time and more generally to convince most people they can have a fair shake.

Last year’s convulsions were evidence of how even societies that scored highly on global development metrics can stumble. Chile, Latin America’s most advanced nation, had become a benchmark for per capita income, economic growth, classroom education and even poverty reduction. Yet its students paid the second highest tuition fees for public higher education in the OECD nations, carried enormous debt and had little to show for their diplomas. That’s one reason why 19 percent of Chilean youths aged 15 to 24 were out of work going into the pandemic.

Chile now has a chance to restore some generational faith through its impending constitutional reform. But with a 38 percent rise in layoffs from March to May, plus the government’s faulty food assistance program, tensions are sure to smolder. Alongside Brazil and Mexico, Chile tops the list of Maplecroft’s Latin America watch list for renewed unrest.

The multiple crises assailing Latin America might not go entirely to waste. The Great Depression empowered caudillos and populists, but it also inspired a rudimentary welfare system and kick-started industrialization (through bold if eventually errant import substitution policies). The rolling debt crises of the 1980s hastened the return of democracy and mostly defeated chronic inflation through free-market reforms.

But to get to lasting salutary change, the region must address the systemic vulnerabilities laid bare by the pandemic. The shabby health care that has pushed a disproportionate burden of illness and death on the poor has shown that safety nets are public goods, strategic for maintaining a functioning economy. The millions of informal workers now bereft of income highlight the failings of a labor market where more than half of the working-age population lives from hand to mouth. Without improved education and technological training, Latin America will be ill equipped to ride the wave of automation set to remake the global workplace.

The global pandemic is already shaping the future of the Americas. It’s up to Latin America’s leaders and a vigilant society to decide how that story develops.