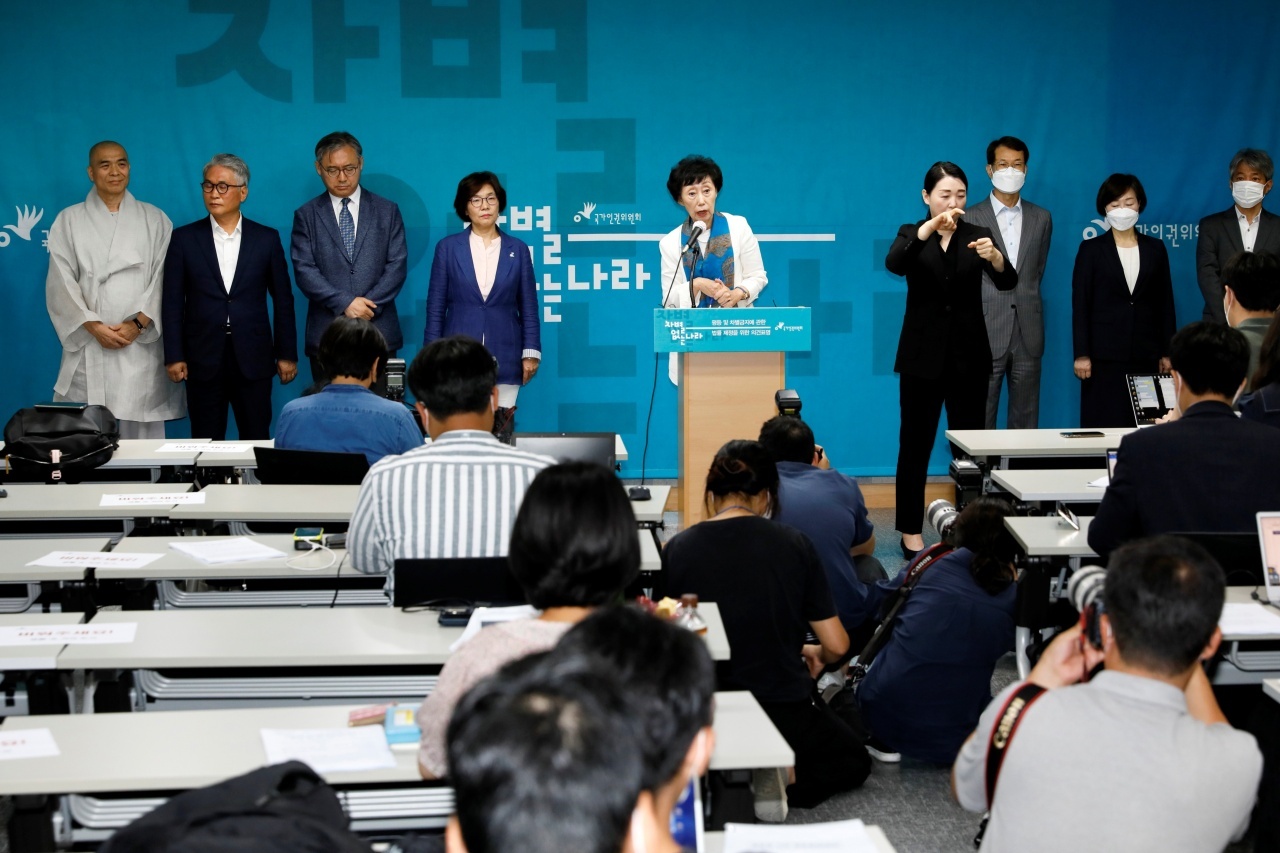 [1] Korea’s state human rights watchdog on Tuesday urged the freshly elected parliament to pass the highly contested anti-discrimination act in what is its first public endorsement of the legislation in 14 years.

[2] In a press conference held at the National Human Rights Commission of Korea headquarters in central Seoul, the institution’s chairperson Choi Young-ae said Korea was lagging behind its international counterparts by failing to legislate against discrimination.

[3] “Most member states of the OECD (Organization for Economic Cooperation and Development) have adopted some forms of laws barring discrimination. Korea is one of the few that remain without one,” she said.

[4] Choi said the bill aims to penalize discriminatory practices on grounds of a person’s sexual orientation, gender, age, race, religion and others. Those found guilty will face jail time of up to three years or 30 million won or less in fine.

[1] Sunmi is tackling city pop in her new single “pporappippam” which is slated for release Monday.

[2] While known for her dance-pop sound, the new song -- which translates to purple night in Korean -- sees the singer incorporate elements of city pop into her signature upbeat pop sound -- a subset of pop music originated in Japan in the ’70s.

[3] “Imagine a breeze that cools you down on a summer day at sunset after a hot day and you are looking up to the sky at a café terrace. It gives you butterflies in your stomach and I wanted to sonically express those feelings,” the singer said of the new track during a live-streamed press event.

[4] With Hwasa and Chung Ha releasing new work this summer, the singer said she is happy to come back to the music scene alongside fellow female solo artists.

[5] “Female solo artists are really taking the music scene by storm together and I think it’s amazing. “Instead of having a monolithic concept that happens to be trendy, each artist has their own identity, which I think is a great thing.