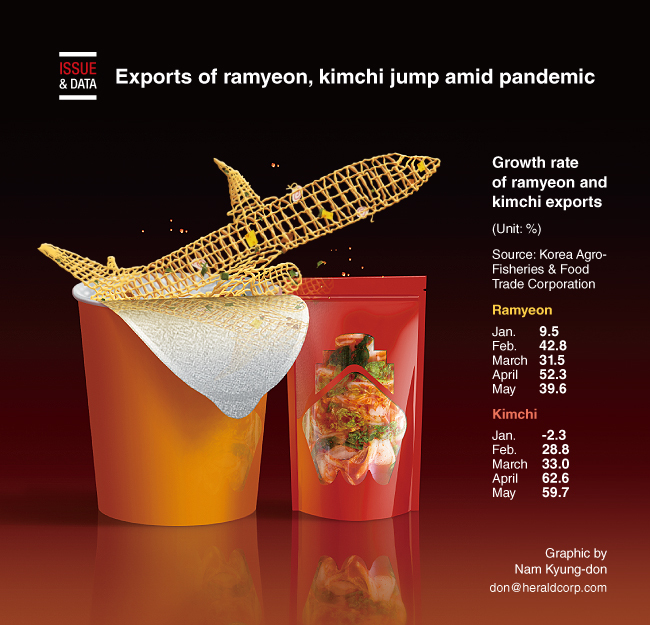 Exports of the Korean staple kimchi and the instant noodle ramyeon posted double-digit growth in the February-May period from a year earlier on increased online purchases amid the new coronavirus outbreak, data showed.

In the January-May period, exports of ramyeon and kimchi jumped 36 percent and 37 percent on-year, respectively, to $249 million and $162 million, according to the Korea Agro-Fisheries & Food Trade Corporation.

Outbound shipments of ramyeon jumped 40 percent to $55 million in May alone compared to the same month of last year after marking double-digit growth in the previous three months.

Overseas sales of kimchi also soared 60 percent on-year to $59 million in May, according to the data. (Yonhap)