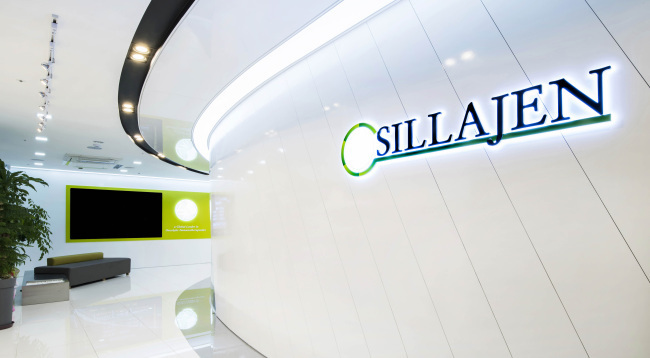 The nation’s sole bourse operator announced Friday that it has decided to examine SillaJen’s listing eligibility.

“We are set to decide whether to delist SillaJen or give it some more time for improvement after reviewing for 15 trading sessions,” said an official of Korea Exchange (KRX).

“If the firm submits its improvement plan within the period, our review will be delayed by another 20 trading sessions.”

Depending on KRX’s conclusion, SillaJen may be delisted from the tech-heavy secondary Kosdaq market.

The company is being probed following insider trading allegations of former CEO Moon Eun-sang. He was ordered to be arrested by the Seoul Southern District Court on May 12, and stepped down from his position on Tuesday.

Prosecutors also suspect that the former head acquired a stake in the company without any capital by taking over bonds with warrants by setting up a paper company.

Upon the news of Moon and other executives’ imprisonment, the KRX halted the drugmaker’s stock trading since May 4 and said it would decide whether the drug firm should remain listed on Kosdaq.