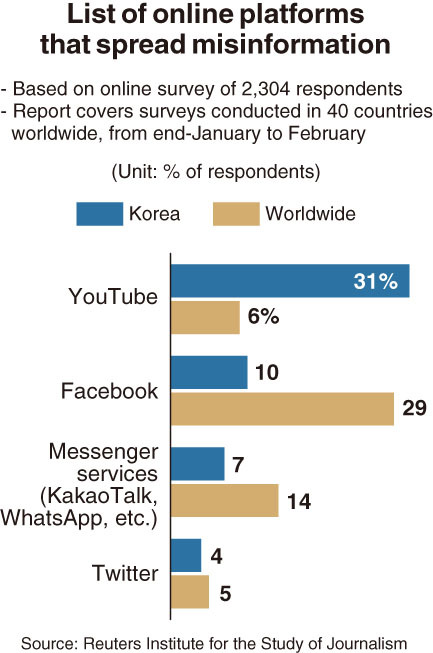 YouTube is seen to be the biggest online platform through which misinformation and fake news is being spread in South Korea, according to a new survey.

The latest “Digital News Report 2020” released by the UK-based Reuters Institute for the Study of Journalism noted that 31 percent of online news consumers surveyed picked YouTube were most concerned about the platform being used to spread false information.