ACC looks for unique film projects in Asia to support

Launched in 2018, the ACC Cinema Fund is a biannual program led by the ACC Cinematheque, the organization in charge of the ACC’s video art projects. 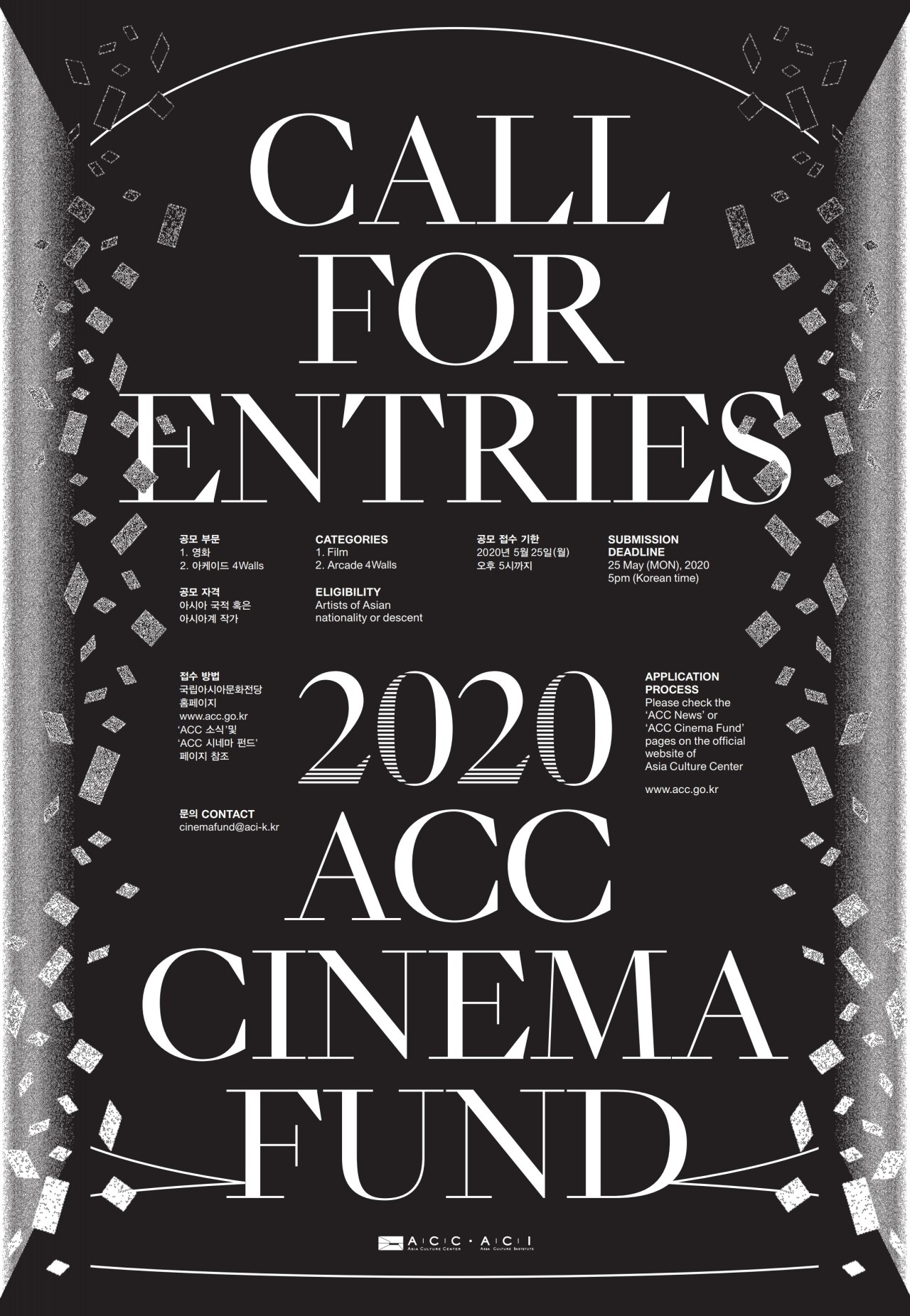 The organizers said they were calling for entries from across Asia from artists working on unique video art projects.

The ACC will accept written applications until May 25, and all directors and artists who are nationals of Asian countries are eligible for the program. After two rounds of document screening, eight winners will be announced in mid-July.

The film category is for unique and experimental projects that defy the conventional feature film format. Entries must be in the planning stages, or shooting must be less than 50 percent complete. Once selected, each project will receive up to 20 million won ($16,400).

The Arcade 4Walls category is for media art projects using the ACC Media Wall, a large display installed at the ACC’s Asia Plaza. Preferential consideration will be given to projects about the cultural archetypes of the Jeolla region, technologies related to the fourth industrial revolution, and humans and the environment in the era of climate change. Entries must be available for installation and testing by Oct. 1, and each selected project will receive around 10 million won.

The final projects will premiere at ACC’s Theater 3 in February 2021, after which they will be shown at other venues. Works selected for the previous ACC Cinema Fund have been shown at prestigious film festivals and art venues, including the Toronto International Film Festival, International Film Festival Rotterdam, Gwangju Biennale, Tokyo Photographic Art Museum and Seoul Museum of Art.

“The ACC Cinematheque has built a system that brings together experimental film artists, exhibition organizers and audiences to study, produce and distribute experimental films and media art,” ACC Acting President Lee Jinsik said. “The ACC will help the selected artists as they show and distribute their works at major short film festivals in and outside of Korea, widening the horizon for noncommercial films in Asia.”

For detailed guidelines on the ACC Cinema Fund and the application process, visit the ACC website.