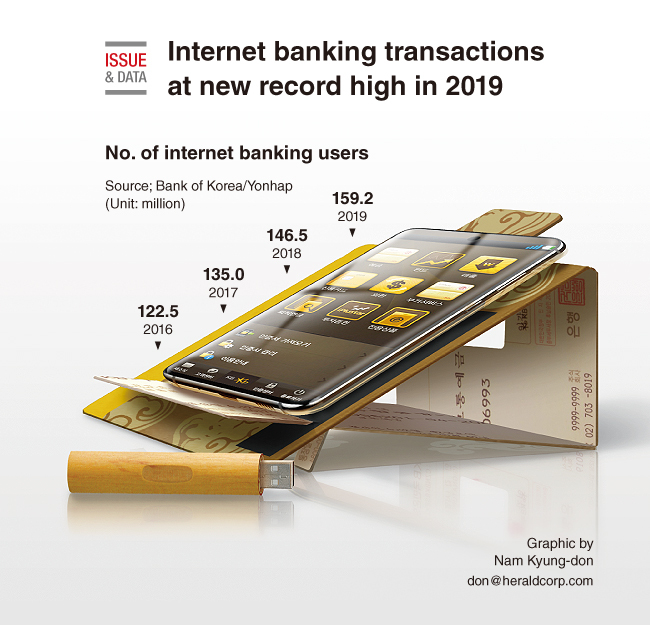 The number of internet and mobile banking users came to about 159.2 million as of end-2019, up 8.6 percent from a year before, according to the data from the Bank of Korea.

The figure is the simple sum of all registered users at 18 internet and mobile banking service providers in the country, meaning the same person may count multiple times toward the sum, according to the BOK. (Yonhap)