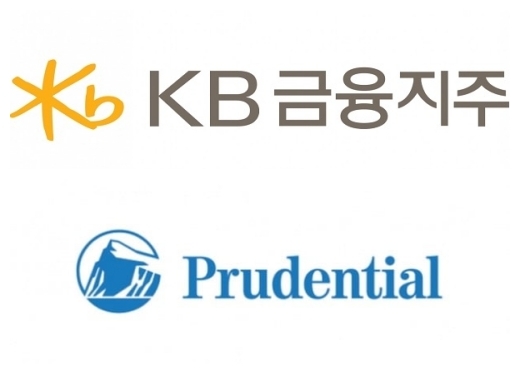 For KB Financial Group, the latest acquisition of Prudential Inc.’s local unit was not just an expensive price to expand its nonbanking sector, but also a positive signal for its management stability.

While taking a step closer to regain its title of “winning banking group,” the group has also raised the possibility of prolonging the term of its incumbent chief later this year.

KB Financial on Friday signed a 2.34 trillion-won ($1.86 billion) deal to purchase the local operations of US Prudential Financial Inc., in a move to enhance its nonbanking business, according to a regulatory filing.

“KB Financial’s board of directors approved of and signed the stock purchase agreement to acquire Prudential Life Insurance as an affiliate,” the group said in a release.

The bidding process initially kicked off on March 19, after which Prudential Life carried out a rebidding process upon tendering parties. The given transaction procedure is slated to be completed by the end of the year.

Under a locked-box deal procedure, KB Financial is to pay the basic sale price of 2.26 trillion won plus an interest rate of some 75 billion won -- the equivalent to the increased equities’ value by Dec. 31, officials explained.

This marked the third large acquisition since Chairman Yoon Jong-kyoo took office in 2014. The turnout of the Prudential Life M&A race is seen as a milestone in determining his reappointment in November this year.

While KB Financial has all along been deemed the likely winner in the race, concerns had persisted -- especially from its labor union -- that the price required could be excessive.

“We can see in the precedents of European countries and Japan, which faced the low interest rate trend earlier than we did, that the insurance business has a higher price-to-book ratio than banking,” Yoon said at the shareholders meeting in March, addressing the group’s union members.

“This may be a challenging time but should we preemptively acquire sound companies, we stand a chance in the market.”

Prudential Life logged 140.8 billion won in net profit last year, coming sixth among the 24 life insurers operating here. When merged with KB Life Insurance -- which achieved 14.1 billion won during the same period -- KB Financial’s life insurance unit is expected to outrun Tong Yang Life Insurance and rise to around fourth in the industry ranking. By assets, Prudential was ninth with around 30 trillion won as of last year.

KB Financial hinted that it would not lay off the employees of Prudential Life, who number some 600 executives and employees along with 2,000 life planners.

“We expect to sustain a stable leverage and BIS ratio even after the merger, as we have long been prepared for this acquisition,” the group said.

As of the end of last year, the group’s BIS ratio -- the proportion of a bank’s capital to its risky assets, as recommended by the Bank for International Settlements -- stood at 14.5 percent.

In 2015, KB Financial purchased LIG Insurance, the country’s fourth-largest non-life insurer at the time. In the following year, it acquired Hyundai Securities.

It has also kept a keen eye on Orange Life in a bid to enhance its relatively weak life insurance sector, but dropped out of the race, giving way to rival Shinhan Financial Group.

With Prudential under its wing, KB Financial is likely to outrun all-time rival Shinhan Financial this year in terms of groupwide net profit total.