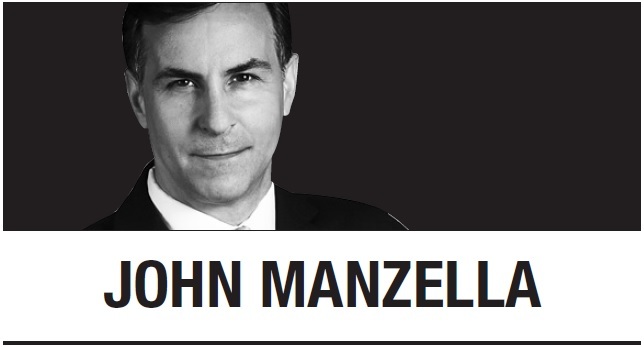 President Donald Trump’s intention to persuade China to play by long-established international trade rules is commendable. But focusing on the US trade deficit with China, and imposing tariffs to eliminate it, has proven ineffective.

Now, the coronavirus has given Trump an opportunity to shelve that failed strategy and immediately eliminate tariffs on Chinese imports. This shot in the arm will likely be reciprocated by China, stimulate our economies, and give Trump the opportunity to chart a better course. Let me explain.

In 2018, Trump began increasing tariffs on Chinese imports, thereby making them more expensive in the United States. In turn, it was hoped that Americans would buy fewer Chinese goods, eliminate the US-China trade deficit and put pressure on China to change bad behavior.

What happened? Chinese President Xi Jinping retaliated by increasing tariffs on US products sold in China, which led to a trade war. The result: The US trade deficit with China decreased by less than 18 percent from 2018 to 2019, and dipped by only 2.5 percent with the rest of the world. Hardly a win.

This reality, which reflects fewer imports from China but more from other low-cost countries, barely altered the overall trade deficit. And it came at a high cost to US manufacturers and farmers who have experienced significant hardship due to being locked out of Chinese markets.

In addition, in January, the United States and China signed what’s called Phase One of a trade deal. However, many analysts believe this is little more than a temporary truce and a short-term political win for Trump.

Why? China agreed to buy an additional $200 billion in US goods and services over the 2020-2021 period. But many China experts say this steep goal was unlikely to be met even before the coronavirus diminished China’s purchasing abilities. Regardless, no official measure of success will be available before the presidential election in November 2020.

Analysts consider China’s other concessions minimal. For example, in Phase One China also agreed not to devalue its currency even though it has consistently strengthened it since 2005. And it simply reaffirmed past commitments to improve intellectual property and reduce barriers to investment in Chinese financial services sector.

If the United States and other countries don’t manage the coronavirus well, our economies may be hit extremely hard and go into recession. If the pandemic is quickly and effectively halted, pent-up demand could result in growth spikes later in the year. Nevertheless, to improve the situation right now, Trump should immediately slash all the tariffs he has placed on China since 2018. Chinese President Xi Jinping would likely respond in kind.

But unless more effective leverage is applied, China is unlikely to take the steps necessary to play by international rules. Why? Doing so would make it more difficult to dominate various industries of the future and shift its economy into a higher gear that offers the Chinese population better growth prospects, more attractive job opportunities, and a higher standard of living.

What’s a better strategy to convince China to change behavior? The United States and our European and Asian allies need to begin working together to put pressure on China. Our allies have similar problems with China and a similar interest in remedying them.

Importantly, the United States should regain leverage by joining the Trans-Pacific Partnership that Trump rejected in 2017. During efforts that included the United States and 11 other Pacific-bordering nations to create the pact, the members represented approximately 40 percent of global economic output, one-third of trade, and acted as a counterweight to the rise of China.

But this also is a Sputnik moment -- a point at which people realize they are threatened by a serious challenge and have to do what’s necessary to catch up. It reflects the time when the former Soviet Union launched the first satellite, Sputnik 1, into space ahead of the United States.

To meet the Chinese challenge, the US government should significantly increase funding of technology research and development, commit to improving education at the elementary level, and improve US infrastructure to boost productivity.

According to the FBI, Chinese theft of American technology is the biggest threat to national security. Trump has stepped up efforts to better assess and prevent Chinese investment in US companies producing sensitive technologies. And efforts are underway to prevent cyber espionage. But more needs to be done.

Focusing on trade deficits and tariffs has hurt American companies, reduced economic growth, and not addressed the real challenges China poses. Moving forward, the United States should work closely with our allies and make necessary long-term investments in the United States. If Trump doesn’t change course, perhaps our next president will.


John Manzella
John Manzella, founder of the ManzellaReport.com, is a speaker, author and nationally syndicated columnist on global business and economic trends. -- Ed.