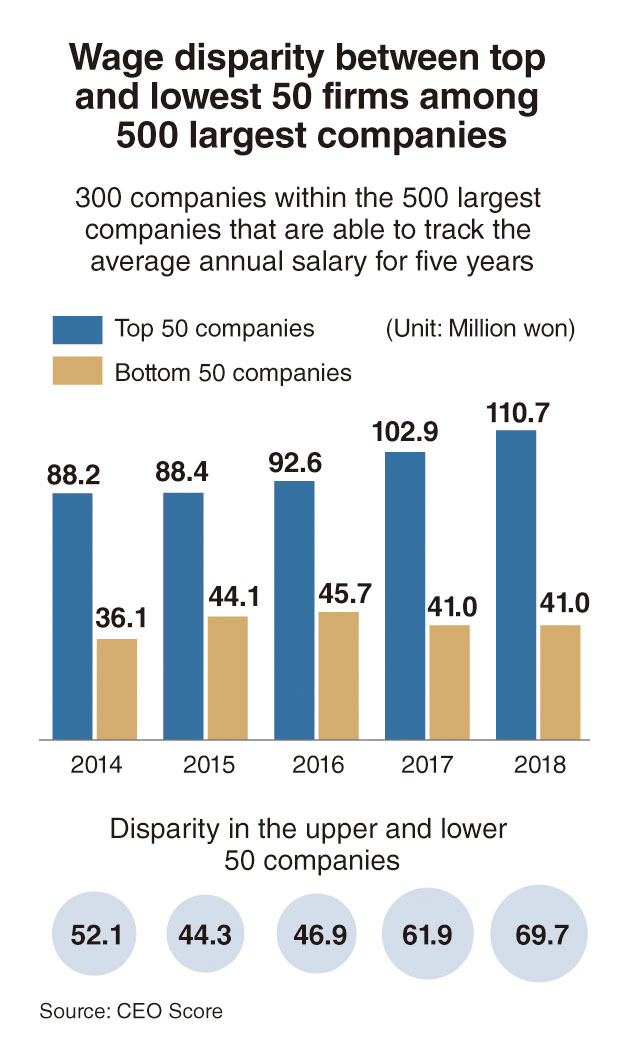 Wage disparity among employees of large firms in Korea is rising as the annual salary gap between the top and bottom 50 conglomerates is widening, according to local corporate tracker CEOScore on Thursday.

The firm surveyed the average annual salary of 300 companies within the nation’s top 500 companies that can compare employee wages from 2014 to 2018.