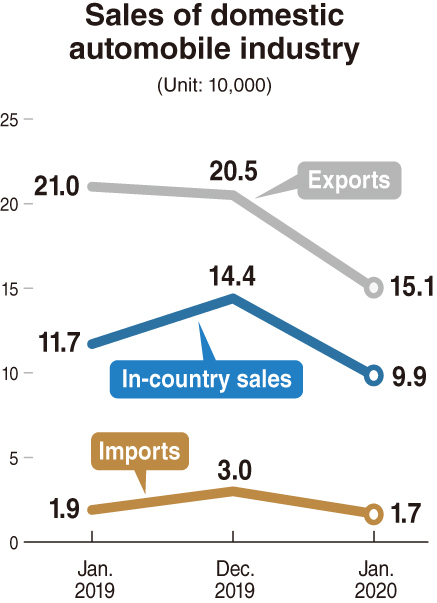 According to the trade industry, Korea’s demand for and exports of automobiles declined in January on-year.

Car production decreased to 251,573 units last month, down 29 percent from the same month last year, due to the Lunar New Year holiday and partial strikes at some companies.