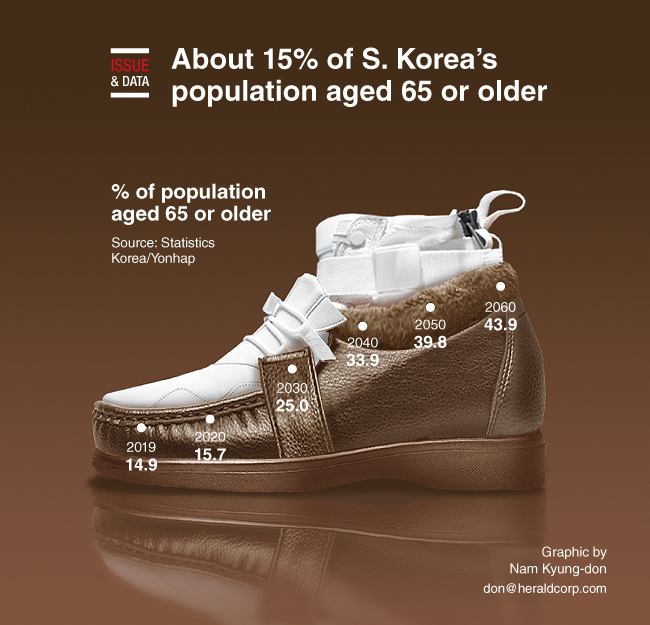 People aged 65 or older made up about 15 percent of South Korea’s population this year, a report showed, highlighting concerns that the fast demographic transition could have negative effects on the country’s economy.

According to the report from Statistics Korea, the number of people aged 65 or older stood at 7.68 million this year, accounting for 14.9 percent of the nation’s population.

The Korean population is projected to peak in 2028, then go on a downward curve, the report showed.

However, the graying of Korea will accelerate and the number of elderly people could account for 43.9 percent of the country’s population by 2060, according to the report. (Yonhap)