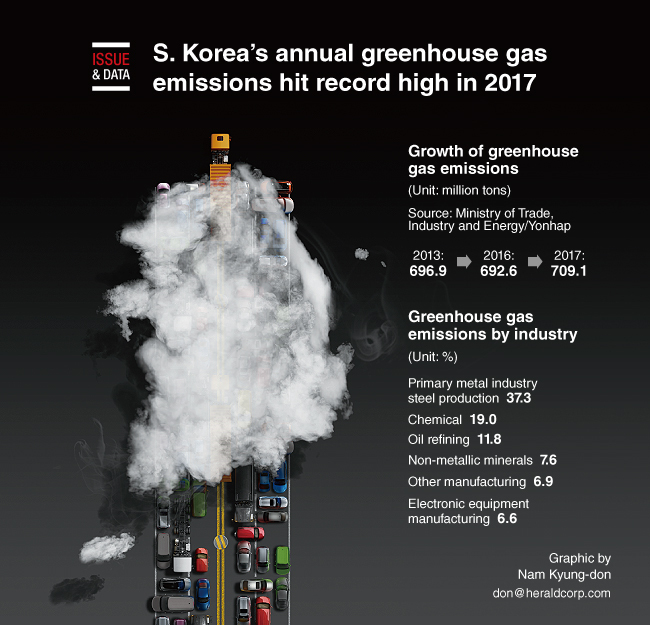 The Greenhouse Gas General Information Center, under the Ministry of Environment, disclosed the emissions results after getting confirmation by a government committee in charge of controlling greenhouse gas.

The output marks growth of 2.4 percent from 2016 when the corresponding figure came to 692.6 tons, according to the center.

It is also the first annual emission number to top the 700-million-ton threshold after the figure peaked at 696.9 tons in 2013.

The annual growth is mainly attributable to increased greehhouse gas emissions from electricity and steel production as well as growth in fluorocarbons, which are potent greenhouse gases. (Yonhap)