[Nir Kaissar] Ending inequality is not as easy as it seems 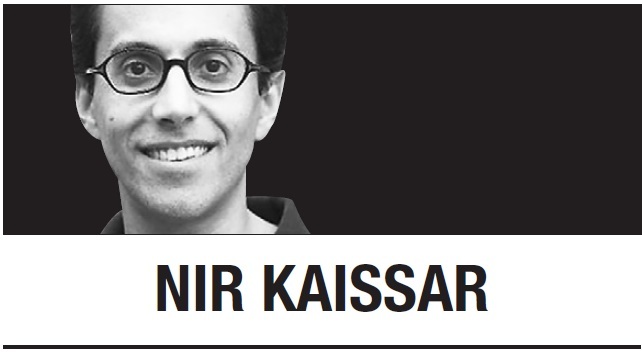 Buried among the storylines about global trade and political intrigue from the G-7 summit last month is perhaps the most noteworthy one of all. Business for Inclusive Growth, or B4IG, a coalition of 34 multinational companies with more than 3 million employees and revenues topping $1 trillion, unveiled an initiative to tackle inequality with help from the Organization for Economic Cooperation and Development.

In its “pledge against inequalities,” the B4IG states what should be obvious to all -- that “persistently high and rising inequality risks fracturing societies and undermining economic and business growth.” Its ambitious agenda calls for decent wages, expanding access to basic products and services and supporting community development programs.

Sound familiar? Days earlier, the Business Roundtable, an association of CEOs of top American companies, abandoned its long-standing principle of putting shareholders first. Instead, it adopted a new “Statement on the Purpose of a Corporation” signed by 181 CEOs committing to “lead their companies for the benefit of all stakeholders,” including customers, employees, suppliers and communities.

Many of the ills cited by B4IG and the Business Roundtable can be traced to one culprit: Too many companies pay their workers less than a living wage, which means they must forgo basic necessities or fall deeper into debt. It’s nakedly unsustainable, and big corporations are beginning to realize that they can’t continue to neglect workers. Jamie Dimon, chairman of the Business Roundtable and CEO of JPMorgan Chase & Co., which is also a member of B4IG, acknowledged in the Business Roundtable’s press release that “major employers are investing in their workers and communities because they know it is the only way to be successful over the long term.”

It’s not just the long term companies are worried about. Some lawmakers are eager to tackle inequality and have already floated proposals to redistribute income to struggling workers, including higher corporate tax rates, a wealth tax, near-confiscatory marginal tax rates for high earners and taxing unrealized capital gains. The cost of those proposals to companies, executives and shareholders is likely to be considerably higher than simply paying workers a decent wage. The Business Roundtable and B4IG are no doubt trying to get ahead of lawmakers’ efforts.

But high-minded initiatives like the ones proposed by the Business Roundtable and B4IG aren’t enough without money to pay for them, and I suspect companies won’t easily open their coffers, at least in the US. Executives and shareholders are drunk on years of fat profits -- and the generous compensation packages and higher share prices that follow -- and they won’t be keen to slow that success. The profit margin for the S&P 500 Index, or income as a percentage of revenue, swelled to 10.2 percent in 2018, the highest since 1990. The ratio of corporate profits as a percentage of GDP hit the highest on record in 2012, according to the US Bureau of Economic Analysis, and that ratio has remained elevated.

And as profits go, so goes the payoff for the C-suite and shareholders. The CEO-to-worker pay ratio ballooned to 281 in 2017 from 195 in 2009, according to the Economic Policy Institute, and it projects a comparable ratio for 2018. Shareholders have been richly rewarded, too, as the US stock market has more than quadrupled in value since early 2009.

Another obstacle is that the amount of money required to adequately compensate workers is probably higher than acknowledged. Representative Katie Porter of California confronted Dimon with the gruesome math during a congressional hearing in April, demonstrating that an entry level position at JPMorgan in Irvine, California, that pays $16.50 an hour falls well short of a living wage for a single mother with one child -- and that’s 10 percent more than the $15 minimum wage companies already balk at paying.

There are other signs that fixing wage inequality is no small task. For example, the median employee compensation at roughly half of the largest 1,000 US companies by market value falls short of a living wage for a family of four. The median household income in the US is roughly 25 percent less than the amount needed to cover living costs for a family of four in Midwestern cities such as Omaha, Kansas City, Milwaukee or Cleveland, according to EPI estimates, never mind the more expensive locales on the coasts. And the income Gini index, which measures the degree of income inequality, is at a record high, according to the Census Bureau.

Big corporations seem to realize the extent of the problem and that workers can’t continue laboring for less than a living wage. The bigger question is whether executives and shareholders have the will to open their pocketbooks before the government makes them.