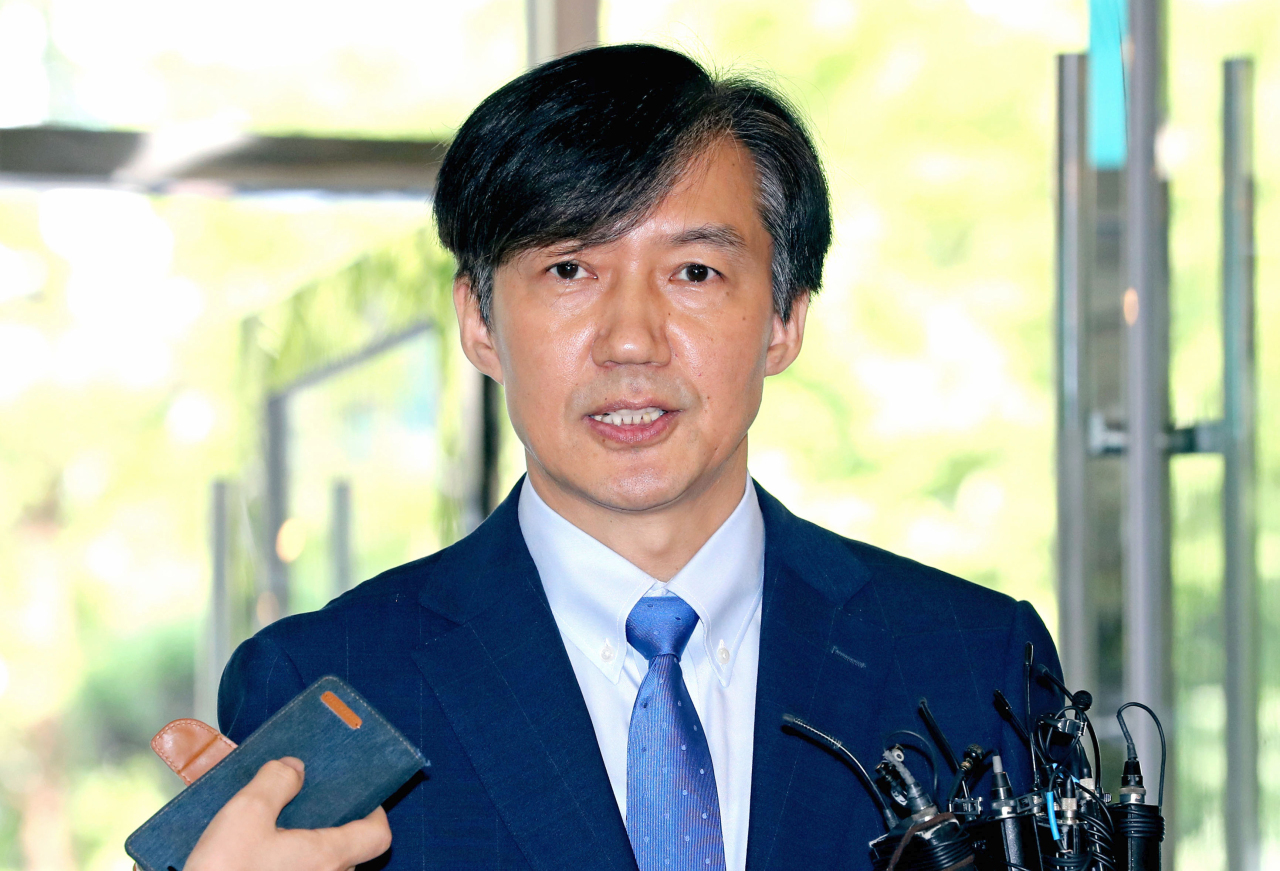 1. Corruption allegations have Cho Kuk in a corner

[1] Justice Minister nominee Cho Kuk is in a corner over mounting corruption allegations involving his family ahead of his confirmation hearing, which hasn’t even been scheduled yet.

[2] The main opposition Liberty Korea Party filed a complaint against the former senior presidential secretary and his family on Monday over what the party called questionable investments in a private equity fund.

[3] The latest of the allegations involves Cho’s 28-year-old daughter, who received scholarships to attend medical school despite flunking twice.

[4] She received a total of 12 million won ($9,900) in scholarships over six semesters from 2016 through 2018, according to the Pusan National University’s Graduate School of Medicine.

[5] The school has explained that the foundation that awards the scholarship hand-picked Cho’s daughter as the recipient from 2016. The foundation was set up by a professor who was her academic adviser. The professor took over as chief of the Busan Medical Center this year.

[1] K-pop idols have not always been in the forefront of social movements. Yet two popular stars in the industry -- Sulli and Hwasa -- have recently ignited the heated debate on going bra-free.

[2] Sulli, formerly of girl group f(x), has in recent years uploaded photographs and videos of herself without a bra on her social media accounts. Each time she uploads one, her Instagram account is bombarded with comments -- both supportive and expressing disgust.

[4] “Bras have wires; they are not good for health. Not wearing one is comfortable. That is something beautiful and natural. For me, a bra is like an accessory. Some outfits go with it, and others do not. That’s why I sometimes do not wear a bra,” Sulli said.

[5] “When I upload my photos without a bra, people talk about it a lot. I could have been scared. But I didn’t because I thought it would be nice if more people could discard their prejudices,” she said. “I want to step outside the box, tell people (not wearing a bra) is not a big thing.”