South Korean banks and brokerages are in hot water for selling high-risk derivatives-linked securities and related funds to their customers, mostly retail investors, allegedly without providing sufficient warnings or instructions.

According to the watchdog Financial Supervisory Service on Monday, eight major financial institutions here sold a combined 822.4 billion ($678.8 million) worth of DLS and funds that use the high-risk product to 3,654 individual investors and 188 businesses as of Aug. 7. 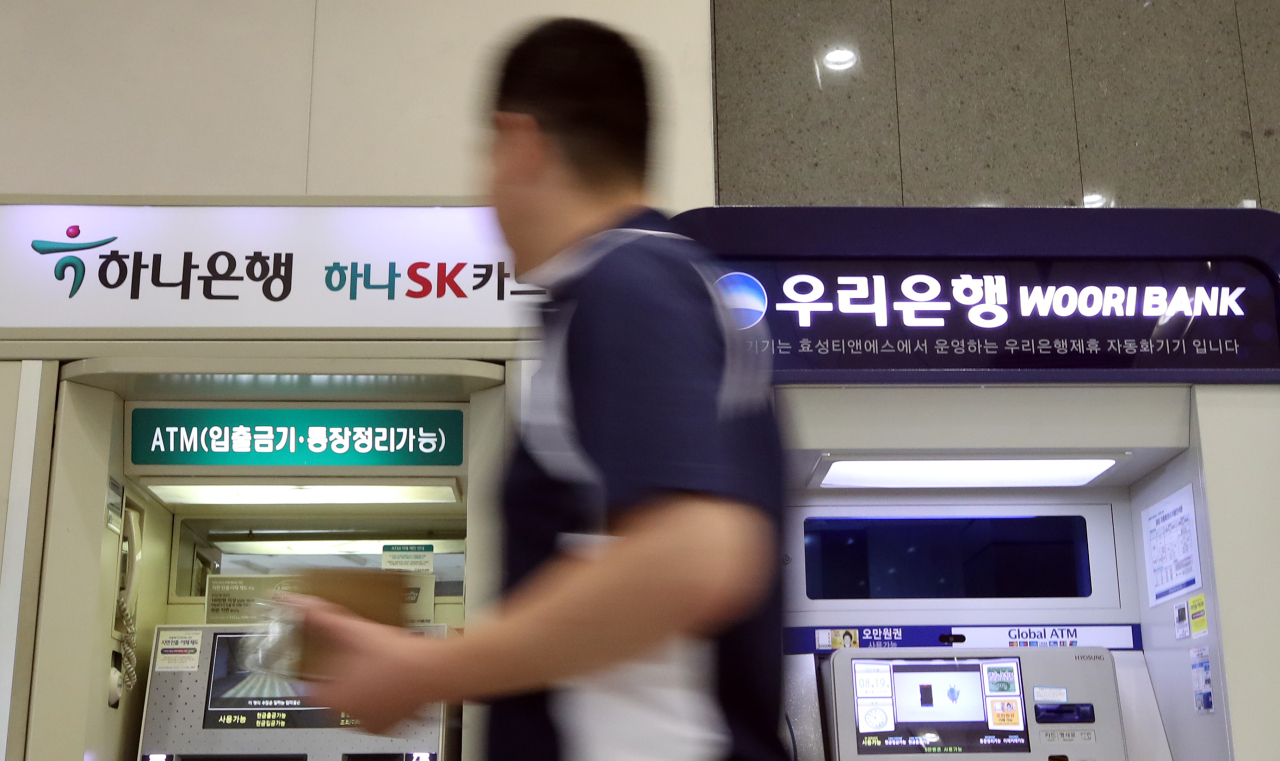 The term DLS refers to financial products structured to trail the performance of underlying assets, such as stocks or equity indexes. Their returns are determined by the movements of the underlying assets and bring higher returns than interest income, but at the risk of losing principal.

The DLS products, along with equity-linked securities, have gained wide popularity in recent years among investors seeking higher yields amid low interest rates, thereby stoking concerns that this trend might burden the financial market.

In the latest cases, the derivative products are tied to the performance of a constant maturity swap of treasury bonds of the United States and Britain, and to the yield of Germany’s 10-year state bonds.

In theory, if the interest rate and currency remain stable, the products can offer annual returns of 4 to 5 percent.

But they were recently dragged down by concerns about a global economic slowdown that prompted key central banks to cut their interest rates.

Products tied to a constant maturity swap of US and UK treasury bonds have been more popular among customers, accounting for more than 70 percent of the options sold. About 80 percent of the products are set to mature next year.

Thus, they are projected to inflict less damage compared with the products tied to 10-year German bonds, which are set to mature in September, giving investors less time to await a recovery.

The DLS tied to German bonds sold by Woori Bank account for less than 10 percent of the products sold, but their investors are projected to face an almost 100 percent loss due to their design.

The 10-year German bond DLS are designed to help investors gain 4 to 5 percent if the bond yield hovers above minus 0.2 percent, but the 10-year bond yield currently stands at minus 6.58 percent, having earlier hit a record low of minus 0.727 percent. The rule states that investors face a 100 percent loss if the yield falls below minus 0.7 percent.

The financial authorities said they would look into the matter to determine how the products were designed and sold to the clients. They will also scrutinize whether the customers were well informed of the risks linked to the purchase of the high-yield products.

The FSS has received complaints about the institutions selling DLS and related products since last month, when signs of a fall in government bond yields begun to surface. The investors accused the institutions of providing inadequate explanations and of selling the products despite a situation where “it could be clearly observed that key interest rates were falling,” according to Hannuri Law, representing some of the investors. The law firm is preparing a lawsuit against KEB Hana.

A total of 29 complaints were filed with the FSS as of Friday over allegations that institutions were selling DLS and related products in an “irresponsible” manner.