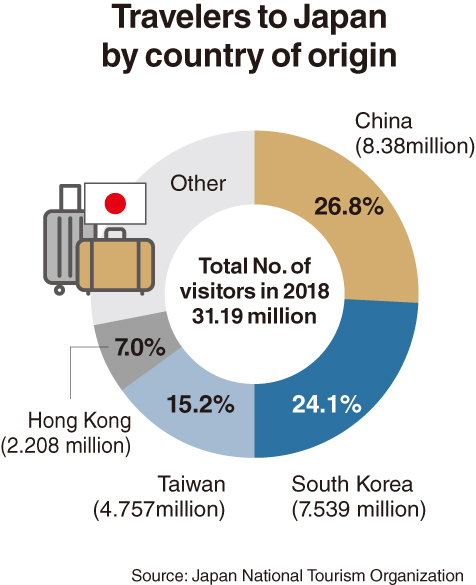 With boycotts of Japanese products becoming more widespread in South Korea in response to Tokyo’s export restrictions, accompanied by calls to stop visiting the neighboring country in a show of protest, data showed that Koreans were the second-largest group of visitors to Japan, the largest being Chinese travelers.

The data from the Japan National Tourism Organization showed that almost 7.54 million Koreans traveled to Japan in 2018, making up 24.1 percent of all visitors to the country.

It was the highest number since 2003.

According to news reports from Japan, Koreans traveling there spent a combined $5.4 billion in the country. The most popular Japanese travel destinations for Koreans were Osaka and Fukuoka, according to the JNTO.