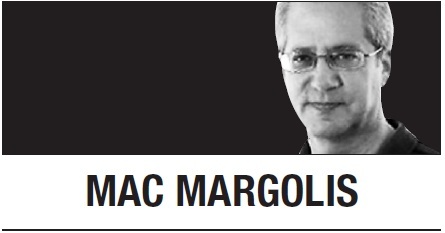 Argentina’s foreign minister fought back tears. President Maurico Macri called it “the most important agreement ever signed in our history.” Latin America’s biggest economy would soon be “reborn,” predicted a top aide to Brazilian President Jair Bolsonaro, who likewise heralded the “great day.”

The June 28 deal between the European Union and Mercosur was a breakthrough. Who knew that even as China and the US played chicken with international trade, 31 nations with a 10th of world population and a fourth of its wealth would agree to abide by global rules and swap goods freely across the Atlantic?

In reality, of course, the Mercosur-EU pact is a decadeslong work in progress, in which interests and ideologies will continue to clash on both sides of the equator. Contrarian parliaments, bell jar industries, organized labor and environmental backsliding could still delay, dilute or neuter the agreement. A hint of those difficulties emerged last week when Norway and Germany warned they might scrap funding for the Amazon Fund for conservation if Brazilian authorities fell back on commitments to halt deforestation in the world’s largest rainforest -- a major caveat in the trade agreement. Yet even before the first containers roll duty-free into the new trade zone, Latin America comes out the big winner.

Historically, free trade has found little traction in the southern flank of the Americas. Its rare champions were seen as turncoats in service to flagless neoliberals and carpetbaggers. In the early 2000s, the pink tide of left-wing Latin American governments swamped the (admittedly) Washington-led Free Trade Area of the Americas. This aversion to open borders contaminated even the region’s own wannabe common market.

Launched in the early 90s by Argentina, Brazil, Paraguay and Uruguay as a South American trade zone, Mercosur soon devolved into a fair-weather arrangement, diminished by beggar-thy-neighbor nationalism, safeguards, antidumping and countervailing duties. The total value of goods traded within Mercosur has remained flat for the last 15 years and actually fallen since 2011, according to the Inter-American Development Bank. “You have to look hard to find another trade agreement with as little intra-zone growth as Mercosur,” said Guillermo Tolosa, executive director of the Uruguayan think tank Center for Economic and Social Policy Research. Critics are right to call it less a common market than an exercise in “ceremonial regionalism.” Its solipsism did not just stunt commerce: It enfeebled industries that ought to have been steeled for global competition.

By eliminating import tariffs on the vast majority of two-way trade -- 92 percent of Mercosur’s exports in 10 years, and 92 percent of the Eurozone’s goods within 15 years -- the new pact puts slackers on notice but also presents Latin America with big opportunities. “There’s great potential for Brazil and Argentina to upgrade productivity by importing technology,” said Monica de Bolle, senior fellow at the Peterson Institute for International Economics. “This is an avenue for enhancing competiveness.”

Brazilian and Argentine agribusiness have long shown that, given a level playing field, they can feed the world; they stand to win big once the EU trade deal sweeps away most of the lingering barriers in one of the world’s most protected consumer markets. Under the agreement, the EU will eliminate tariffs on 82 percent of Mercosur orange juice, fruit and coffee and raise quotas of tariff-free beef, sugar and ethanol over a decade. The learning curve for other less competitive Mercosur industries, such as auto parts, machines, chemicals and pharmaceuticals, will be steeper.

Though recognized for its quality of life indicators, Uruguay has an economy that is cosseted by perks and subsidies. In times of electronic fare cards, almost half the bus fleet in Montevideo still operates with manual ticket sellers. (To bankroll such obsolescence, Uruguay imposes a surtax on diesel fuel and transfers the takings to the bus companies.) The nation’s outdated sugarcane industry is no better. “We could import ethanol from Brazil at half the domestic price,” said Tolosa. “Instead, we protect inefficient big producers and charge a higher price at the pump for gasohol. This reflects how little Mercosur has achieved.”

Under the new trade agreement, such practices cannot stand. Much as Brazil’s accession to the Organization for Economic Cooperation and Development requires rising to the competitiveness standards of the most advanced economies, joining the EU trade pact means its partners must shed historic indulgences. The difference is that failing to comply with trade agreement rules carries potentially stiff penalties and risks sure reprisals.

Mercosur’s golden straightjacket may also bring other, more short-term advantages for its troubled sponsors, even as economic fortunes slide and political incendiaries court crisis-weary voters. By strongly backing free trade, Uruguayan President Tabare Vazquez, a lifelong socialist leading one of the region’s few remaining leftist governments, has put pragmatism ahead of woolly anti-capitalist taboos. Struggling with a dud economy and high inflation ahead of his re-election bid, Argentina’s Macri has shown that his market-friendly agenda of reforms has global resonance. “In the short term at least, bringing home the agreement shows that Macri is on the offensive, setting the agenda and not just reacting to emergencies,” said Bruno Binetti, a non-resident fellow at the Inter-American Dialogue.

And more than a few observers noted the irony that in embracing a signature multilateral trade agreement, Bolsonaro pivoted sharply from his presidential campaign’s navel-gazing nationalism promising Brazilians the comforts of a simpler and more insular world. Talk about fair trades.


Mac Margolis
Mac Margolis is a Bloomberg Opinion columnist covering Latin and South America. He was a reporter for Newsweek and is the author of “The Last New World: The Conquest of the Amazon Frontier.” -- Ed.