By Bae Hyunjung
Published : Jul 1, 2019 - 16:40       Updated : Jul 1, 2019 - 16:40
South Korea’s financial market watchdog is set to wrap up its long-stalled arbitration over the disputed sales of currency-option contracts within the month, and is likely to suggest a compensation rate of 20-30 percent on the product by banks.

The dispute arbitration committee of the Financial Supervisory Service will hold its final meeting as early as next Tuesday to confirm its recommendations on the damage compensation for the so-called KIKO case, officials said Monday. 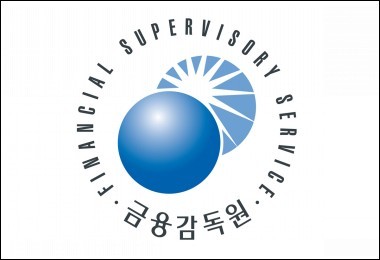 The given arbitration involves only four local medium-sized companies and their claimed damages of 168.8 billion won ($145.8 million), but its consequence is expected to spread out to the banking industry in general. Not only does the belated arbitration apparently contradict a previous court ruling, but also the speculated compensation rate of 20-30 percent will act as a heavy financial burden on banks.

From 2005 to 2008, several local banks sold knock-in knock-out currency derivatives -- dubbed KIKO -- mostly to small and medium-sized local exporters that wished to hedge risks that may be caused by currency volatility.

Once the currency surpasses the ceiling, the company would be obligated to sell twice the contracted amount to the bank at the preset exchange rate, absorbing the exchange loss in the process. When the currency dips below the lower limit, on the other hand, the contract would be terminated.

But in the wake of the global financial crisis, the Korean won plunged 25.7 percent against the greenback in 2008, causing heavy losses to the contracting companies.

Over 700 companies are estimated to have suffered 3.3 trillion won in total damages, of which about 100 went bankrupt at the time, according to the regulator’s data. The joint countermeasure committee claims that the actual damages surpassed 20 trillion won.

After years of an intense legal battle, however, the Supreme Court ruled in 2013 that sales of the products were partly flawed due to the lack of sufficient explanation but were nevertheless within legal boundaries, relieving the banks of their liabilities and apparently ending the years-long dispute.

FSS Gov. Yoon Suk-heun rekindled the issue in July last year, ordering that a reinvestigation of the KIKO case be included in the regulator’s key innovation tasks.

The conclusion of the FSS task force would not affect the court’s ruling but reflect the watchdog’s efforts to mediate the dispute, the governor explained.

Yoon’s initiative on the KIKO case was based on his previous post as chairman of the financial administrative innovation committee in 2017. At that time, voice recordings secured by the prosecution revealed past conversations between some bank dealers who boasted of “making easy money” amounting to $77,000 through KIKO sales.

The FSS’ initial target timeline was to reach a conclusion within the first half of 2019 but the arbitration process has been pushed back several times due to the gap between the companies and banks, as well as the huge amount of potential damage compensation involved.

Despite not being legally binding, the arbitration results will place pressure on the corresponding banks. But considering the consequences of the damage compensations which may rise to multitrillion won levels, banks may also choose to take legal action, prolonging the battle once again.

“The KIKO case is a long-standing corruption case that involves financial institutions and the judiciary,” said the joint countermeasure committee in a statement.

Claiming that the past court ruling was influenced by the power abuse of former Chief Justice Yang Seung-tae, the committee also urged the recently-nominated Prosecutor General Yoon Seok-youl to address the damage relief for companies.