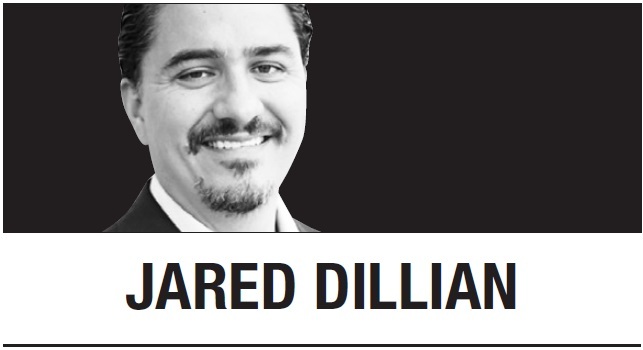 It is clearer than ever that the US Tax Cuts and Jobs Act of 2017 made high tax states less competitive with low tax states. But instead of using this moment to reflect on how taxes influence behavior, politicians in places such as Connecticut, New York, New Jersey and Illinois are inexplicably doubling-down by threatening to raise taxes on their citizens even more.

Until politicians start to understand the benefits of economic incentives and an equitable tax system, expect these high-tax states to continue down the road to financial depredation as taxpayers pick up and leave in greater numbers. This is why it’s worth keeping a close eye on recent developments in New Jersey, where the Democrat-controlled legislature last week approved a $38.7 billion budget that scraps Gov. Phil Murphy’s proposed millionaire’s tax, raising the risk of a government shutdown.

To review, up until a couple of years ago, individuals could deduct every dollar of state or local taxes paid from their federal return. This had the effect of shielding taxpayers from the full consequences of tax-and-spend policies in high tax states. But under the new tax laws, the deductible amount is capped at $10,000. This change has been characterized as soaking the rich, but it soaks a lot of other people, too. It’s not hard to exceed the cap. Even middle class families can do it in high tax states.

I predicted in December 2017 that the cap on so-called SALT deductions would result in “a population migration so large that it could result in profound economic and social changes.” It’s happening. A Bloomberg News analysis last month of state-to-state moves based on data from the Internal Revenue Service and the US Census Bureau found that Connecticut, New York and New Jersey faced some of the biggest financial drains.

Connecticut lost the equivalent of 1.6 percent of its annual adjusted gross income, as those who moved out of the state had an average income of $122,000, which was 26 percent higher than those migrating in. New York’s annual net loss was the highest, with a net $8.4 billion leaving the state. Exiting incomes of $19.1 billion were replaced by people who brought in $10.7 billion less in income. Illinois and New Jersey were next with net outflows of $4.8 billion and $3.4 billion.

In high-tax states, the combined federal, state, and local tax burden can approach or exceed 50 percent, even after taking into account lower marginal rates. There is something magic about the 50 percent number that causes people to rethink their finances. I would characterize a combined tax burden of over 50 percent as immoral, on the grounds that it is simply unfair to take more than half of what somebody makes. It is true that US taxes overall are lower than in other countries as a percentage of gross domestic product. It is also true that on a historical basis, marginal income tax rates are not especially high. This, however, does not provide a justification for ultrahigh tax rates.

Rational economic actors seek to lower their tax bills. There are frictional costs associated with moving, but people will do the mental math and figure out if the long-term gain from a lower tax bill exceeds the short-term pain from moving. Blue state governors have mostly refused to acknowledge the migration. When they have, they attribute it to things like the weather.

Mostly, they have responded to complaints of high taxes with higher taxes. Which is also not irrational. If your state experiences out-migration and your tax base erodes, first-order thinking would lead you to believe that you can plug the hole with higher sales taxes and fees, as Connecticut is doing. Alternatively, a forward-thinking governor could instead drastically reduce the size and scope of government and lower the tax burden on, yes, even rich taxpayers.

Blue state Democrats are in a bit of a pickle. On one hand, they clamor for confiscatory tax rates of 70 percent to 90 percent, but on the other hand, they seek to lower taxes on the rich, by raising the cap on SALT deductions, to disincentivize them from leaving the state. One nice side effect of the SALT cap is that states who had been planning millionaire’s taxes (like New Jersey) experienced a great deal of pressure to exercise restraint.

In spite of overwhelming evidence that taxes influence behavior, there are plenty of tax-migration deniers. They say high taxes pay for top-notch services of the kind you get in wealthy blue-states. I talk to the folks who move to Myrtle Beach, South Carolina, which is where I live and is the 2nd fastest-growing metropolitan area in the country. It has nice weather, yes, but more crucially, it has a low cost of living and an exceptionally low property tax burden that averages about $1,500 for a typical house. That is the selling point, and nothing else. The new arrivals are not much interested in the services.


Jared Dillian
Jared Dillian is the editor and publisher of the Daily Dirtnap, investment strategist at Mauldin Economics, and the author of “Street Freak” and “All the Evil of This World.” -- Ed.