[Weekender] A game of chicken


Neither of the two originated here, but the combination has become so popular that chicken bars are almost ubiquitous in Korea now.

From an economic point of view, however, the trend may be overdone.

According to Statistics Korea and a study by the KB Financial Group Economic Research Institute, there were nearly 87,000 chicken eateries as of February this year. 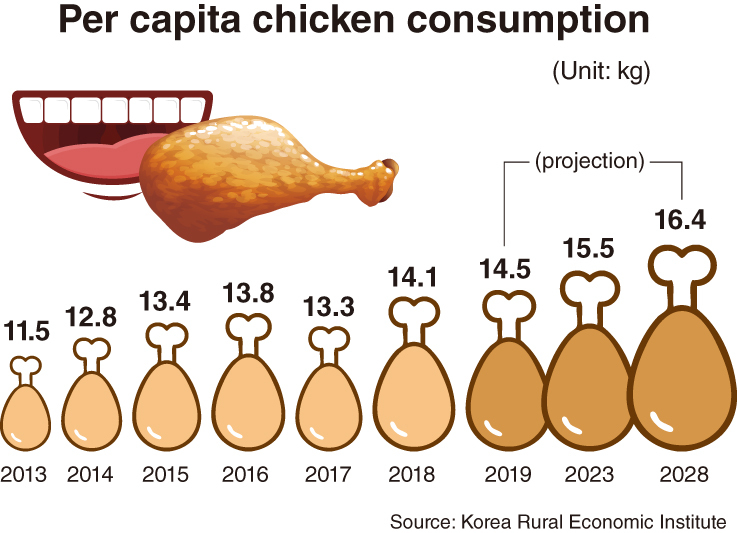 What’s even more remarkable is, according to Seoul-based economist Lee In-chul, the number of chicken joints has more than doubled in just four years.

One reason behind the supply glut is that the market has a low barrier to entry: Opening a new chicken joint takes an initial fixed cost of 57 million won ($48,810) on average, much lower than that the cost of opening a coffee shop -- 110 million won -- or a Korean food restaurant, which costs 160 million won, the KB report found.

KB Financial researcher Kim Tae-hwan attributes this to their inexpensive locations, smaller stores and low furnishing costs, as the business is largely driven by delivery service. 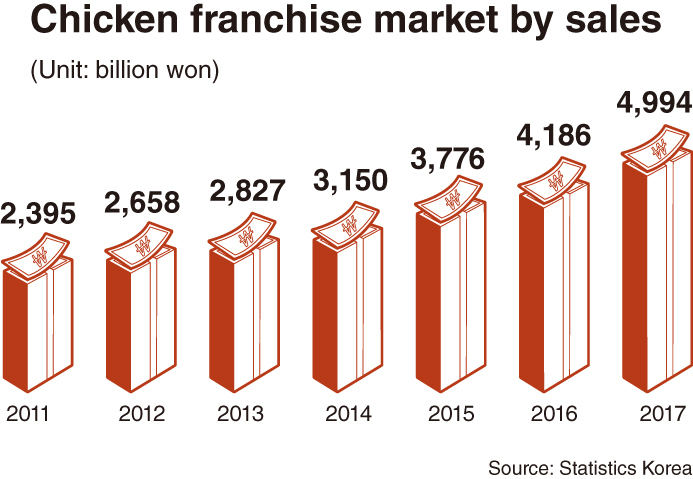 The market is also extremely fragmented.

A total of 409 different brands are competing, with the top three players taking up less than one-third of the market in terms of sales.

Faced with oversaturation at home, many franchisers are turning to overseas markets, capitalizing on the increasing global popularity of Korean chicken.

Bonchon, which started in Busan in 2002, set its eyes on the US market early on. Ever since the opening of its first overseas store in New Jersey in 2006, the company has grown steadily and as of January this year it had a global network of 336 outlets, including 87 in the US.

BBQ, the largest chicken franchise in terms of number of stores, is also getting serious about its global business. The brand currently has over 350 outlets in some 30 countries, including about 40 in the US.

Other franchises such as Nene, Pelicana, Kyochon and Goobne too are revving up their global presence.